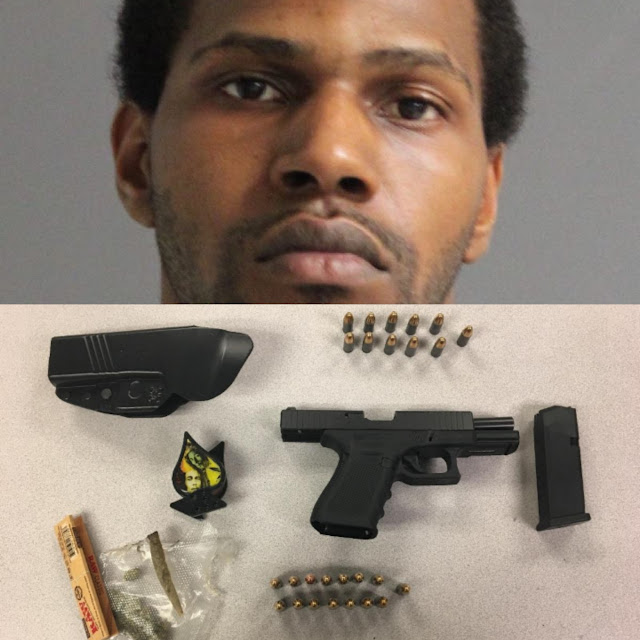 On October 24, 2019 detectives from the Anne Arundel County Police Gang and Firearms Investigations Unit were conducting pro-active enforcement in the Glen Burnie area of Eastern District when they observed an occupied suspicious vehicle on Gentle Breeze Court in Glen Burnie. Upon approaching the vehicle officers observed in plain view suspected CDS. The vehicle occupant was detained. A search of the vehicle resulted in the recovery of a loaded Glock 19 9mm handgun. Also recovered were 15 loose rounds of 9mm ammunition, a plastic bag containing suspected marijuana (less than 10 grams), and several items of CDS paraphernalia.