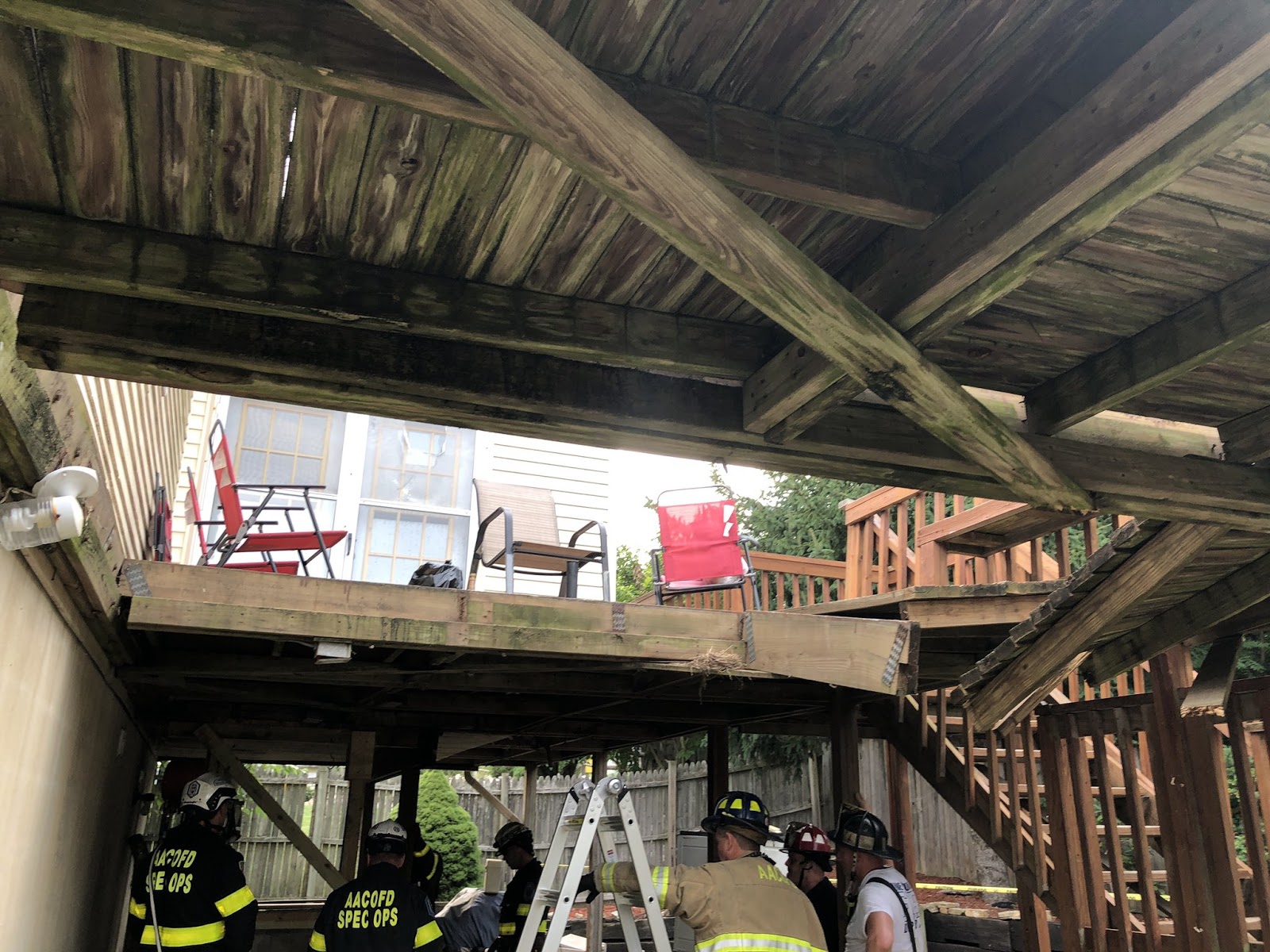 Multiple people have sustained injuries caused by a deck collapse in Glen Burnie.
On the evening of July 18, 2021, units responded to a home in the 400 block of Wistful Vista Court. Upon arrival, first responders found that a significant portion of the deck had failed, causing it to collapse. 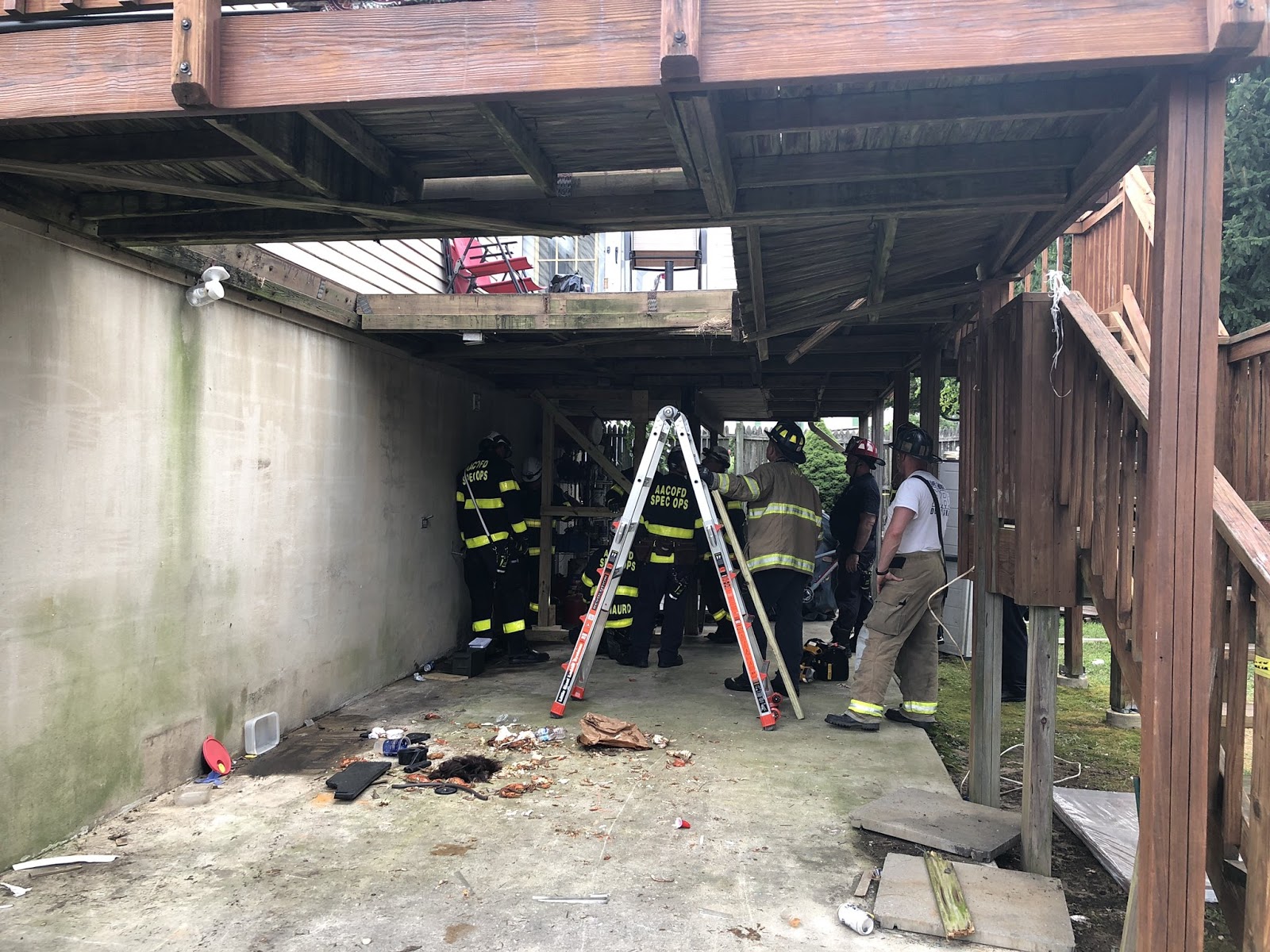 Officials say two people were transferred to the Shock Trauma Center in Baltimore with serious injuries.  Five others were sent an area hospital for treatment of minor injuries.
The ages of the injuried parties range from 2 years to 63 years old.