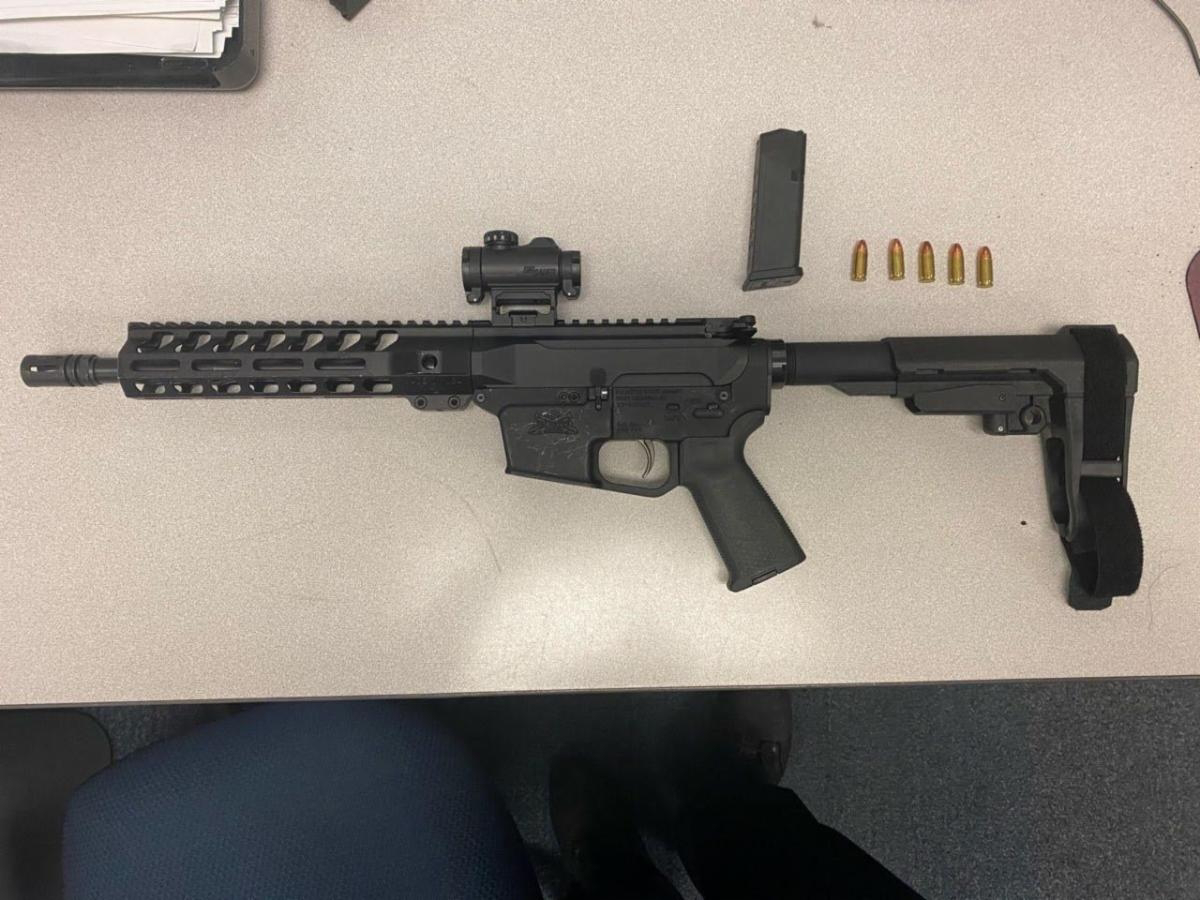 A patrol officer pulled over a vehicle in Brooklyn Park and arrested the driver who was reportedly found in possession of a gun.
On July 24, 2021, at approximately 6:45 p.m. the officer conducted a traffic stop on a white 2005 Acura in the area of Ritchie Highway at I-695. The investigation led to a search of the vehicle resulting in the seizure of a Palmetto State Armory PX9 AR pistol in a backpack on the front passenger seat. Also inside of the bag was a magazine loaded with five 9mm rounds of ammunition.
Officers also located a small amount of suspected marijuana in the center console of the vehicle. The driver was arrested, charged and identified as:
Michael Ricardo Constan Harris
DOB: 2/02/1998
1000 block of Wisdom Court
Glen Burnie, Maryland