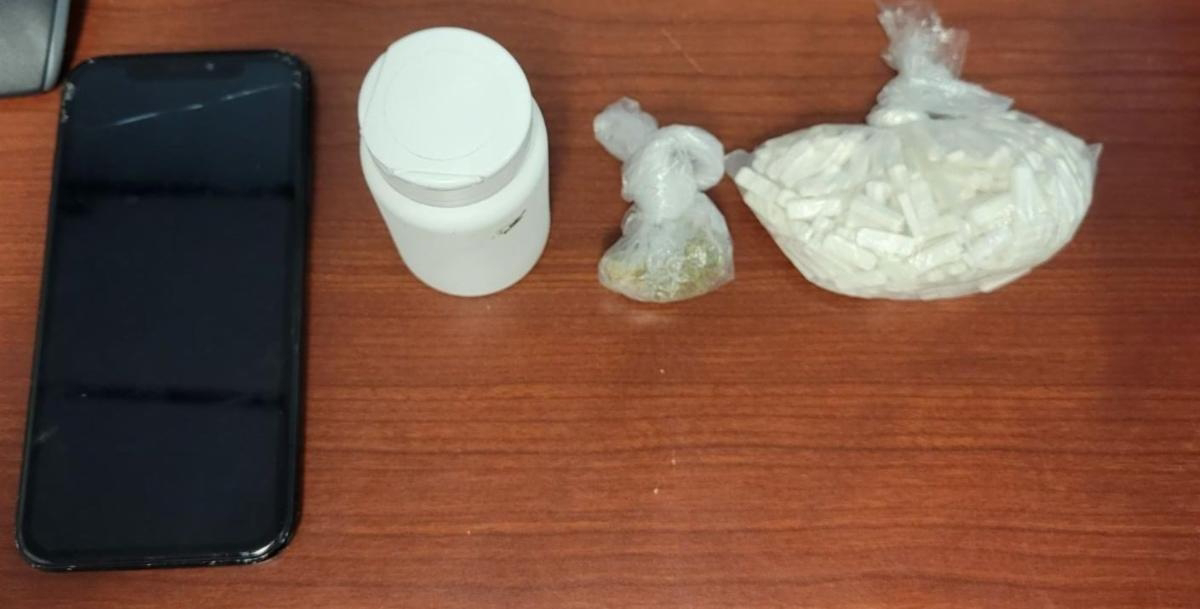 Anne Arundel County Police officers made multiple drug related arrests after pulling over a vehicle in Laurel.
On July 19, 2021 at approximately 2:47 p.m., an officer initiated a traffic stop on a gold Hyundai in the area of the 3500 block of Old Annapolis Road. The vehicle fled into the parking lot of Motel 6 and attempted to exit by driving off-road before getting stuck on an embankment.
The driver failed to comply with orders before fleeing on foot across Route 198. The passenger was detained and multiple officers saturated the area before the unlicensed driver was soon found.
A search of the vehicle revealed a bag containing over 100 bars of suspected fentanyl pressed into counterfeit Xanax and a small amount of suspected marijuana.
Both suspects were arrested, charged and identified as:
﻿Carlos Odell Chambers (Driver)
DOB: 5/12/1997
2400 block of 16th St NW
Washington, DC
Kyric Ronald Holmes (Passenger)
DOB: 2/15/1999
2600 block of Bowen Road
Washington, DC