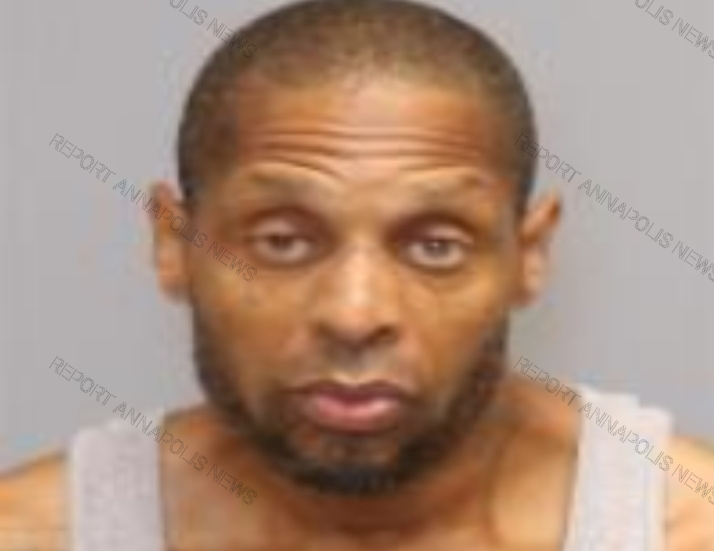 Bail has been denied for the man accused of driving his vehicle into a family home in Brooklyn Park, and subsequently killing one person.
Christopher Davis, 49, of Deerfield Way in Severn, appeared before Annapolis District Court Judge Megan Johnson on charges related to the impaired driving crash that killed 68 year old Gerald Patrick Keogh, Jr. Her honor ordered Davis to remain held at the Jennifer Road Detention Center without  bail.
On July 24, 2021 at approximately 03:06 am, Northern District officers responded to Walton Avenue near Johnson Street for a motor vehicle crash into a private residence.
The investigation revealed that a 2011 Nissan Altima was traveling south on Johnson Street approaching the tee-intersection of Walton Avenue. The Nissan failed to stop at a posted stop sign and continued in a southbound direction where it jumped a curb and continued into the front yard of a private residence on Walton Avenue. The vehicle struck the residence and fully entered the living quarters of the home. Davis exited the crashed vehicle and fled the scene on foot towards Ritchie Highway where responding officers quickly apprehended him without incident.
The residence was occupied by two adult residents, including Mr. Keogh, and two dogs. Mr. Keogh was struck by the vehicle as it entered the interior of the home. The impact caused him to become trapped between the Nissan and the damaged interior walls. The Anne Arundel County Fire Department’s Special Operations Section and Technical Rescue unit worked to extricate Keogh from the wreckage. After successfully extricating him, he was transported to the R. Adams Cowley Shock Trauma Center in Baltimore where he was later pronounced deceased.
Police say Davis exhibited marked signs of impairment and was tested for both alcohol and drug use. Those results are pending toxicology results. Preliminarily, the primary cause of the crash appears to be Davis failing to stop at a stop sign. The use of drugs and/or alcohol do appear to be a factor in this crash which is being investigated by the Traffic Safety Section.
After consultation with the Anne Arundel County State’s Attorney’s Office,  Davis was arrested in connection with the death of Mr. Keogh. He was charged with manslaughter by vehicle, homicide by vehicle while impaired by drugs and homicide by vehicle while impaired by CDS.