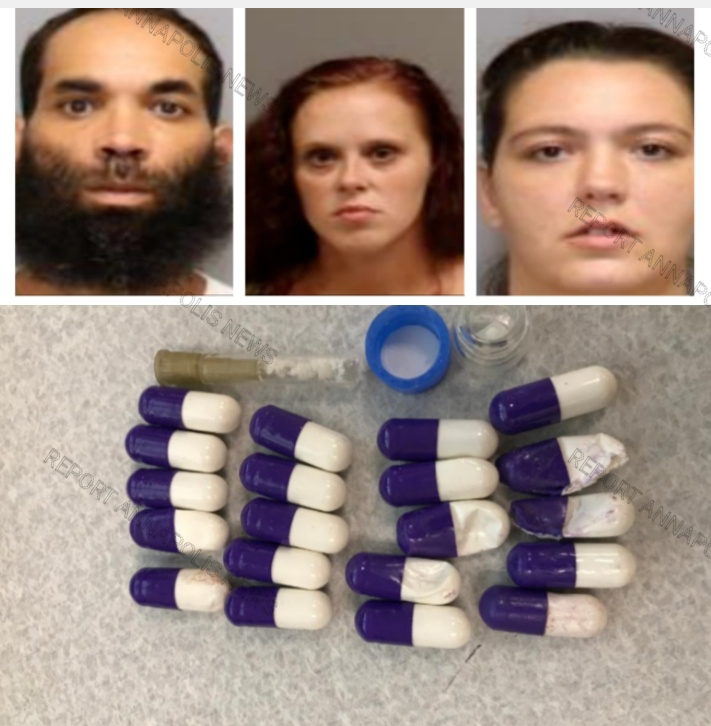 A total of three people were arrested in Pasadena after a traffic stop resulted in the seizure of drugs including heroin-fentanyl.
According to officials with the Anne Arundel County Police Department, officers pulled over a white Chevrolet van in the area of Route 10 and Baltimore Annapolis Boulevard on July 19, 2021 at approximately 12:30 p.m. The officers obtained information which led to a search of the vehicle resulting in the seizure of 27 capsules (8.27 grams) of suspected Heroin/Fentanyl mixture and 11.54 grams of suspected Cocaine in multiple containers.
The occupants of the vehicle were arrested, charged and identified as:
Thomas Nabaket Debro (left picture)
DOB:6-29-79
1100 block of Broadview Drive
Annapolis, Maryland
Brandien Nichole Parady (middle picture)
DOB: 6-26-92
1100 block of Broadview Drive
Annapolis, Maryland
Mary Amelia Jones (right picture)
DOB: 6-8-92
200 block of Kirby Street
Chester, Maryland