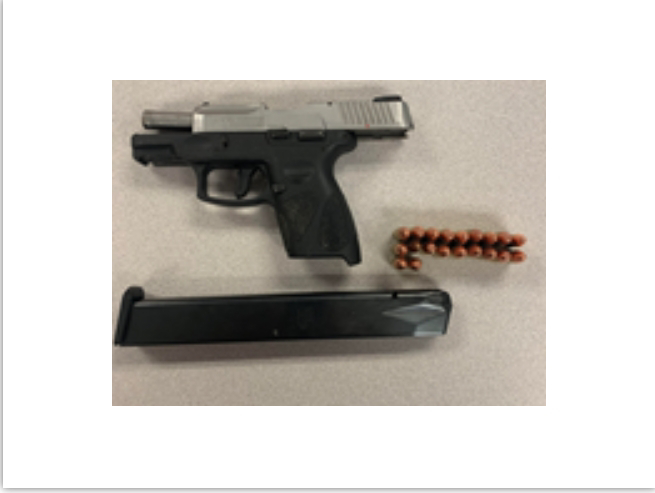 A Baltimore County man was arrested in Glen Burnie and charged with a handgun violation, according to the Anne Arundel County Police Department.
On July 19, 2021 at approximately 10:04 p.m., an officer conducted a traffic stop on a white Audi A4 at Green Branch Lane and Winding Wood Road in Glen Burnie. The officer observed suspected CDS in the vehicle and a search of the vehicle revealed a loaded 9mm G2c Taurus handgun with 20 rounds in an extended magazine on the front passenger seat.
The driver was arrested, charged and identified as:
Anthony Hardy Junior
DOB: 02/07/1994
1000 block of Woodkey Lane
Owings Mills, Maryland