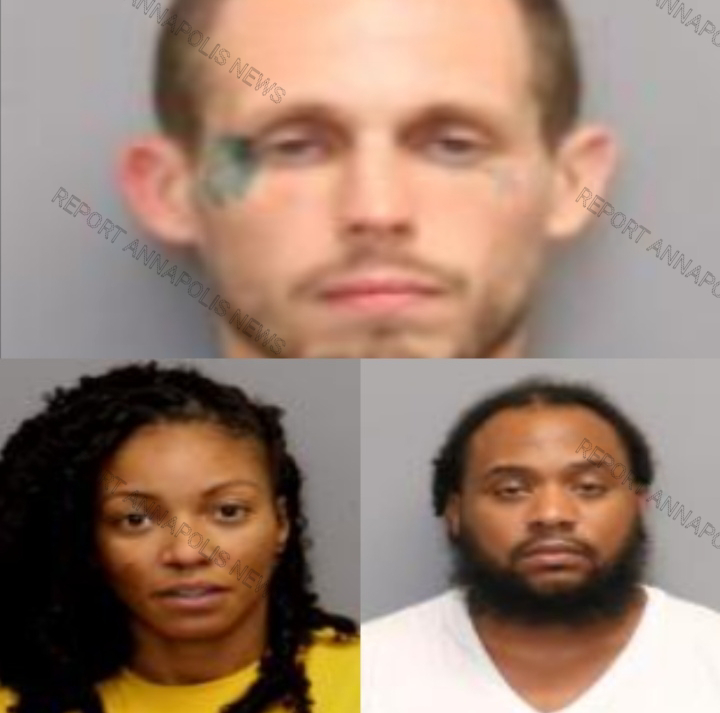 Three people have been arrested in connection with a homicide that occured in the Brooklyn Park area.
On July 8, 2021 at approximately 11:30 pm., officers responded for a report of an armed subject at a residence in the 5200 block of 4th Street. A male suspect who is known to the victim entered the residence, displayed a handgun and demanded property. The occupant of the home complied and the suspect fled in a vehicle occupied by two other suspects.
Responding officers located and attempted to stop the vehicle, a white Volkswagen, which fled. Officers pursued and the vehicle came to a stop in the 6000 block of Ritchie Highway.
The three occupants of the Volkswagen were taken into custody, charged and identified as:
Wayne Joseph Rothe (top picture)
DOB: 02/03/85
7800 Bodkin View Drive
Pasadena, Maryland
Tiera Nicole Barnett (bottom left)
DOB: 12/17/85
2000 block of Horace Ward Road
Owings Mills, Maryland
Leonus Quinn Matthews Jr. (bottom right)
DOB: 01/11/88
4000 block of Brummel Road
Pasadena, Maryland