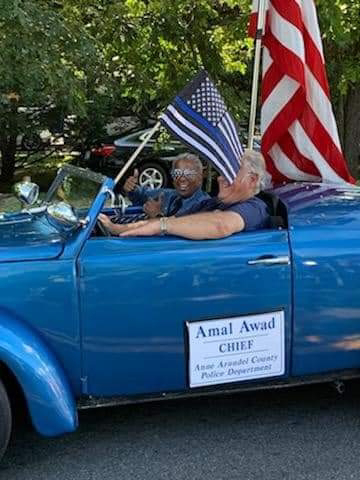 The top cop for the Anne Arundel County Police Department was included in Shady Side's Annual Independence Day Parade.
Pictures were shared on social media as Chief Amal Awad participated in the parade, which is one of many Fourth of July celebrations being held across the county. 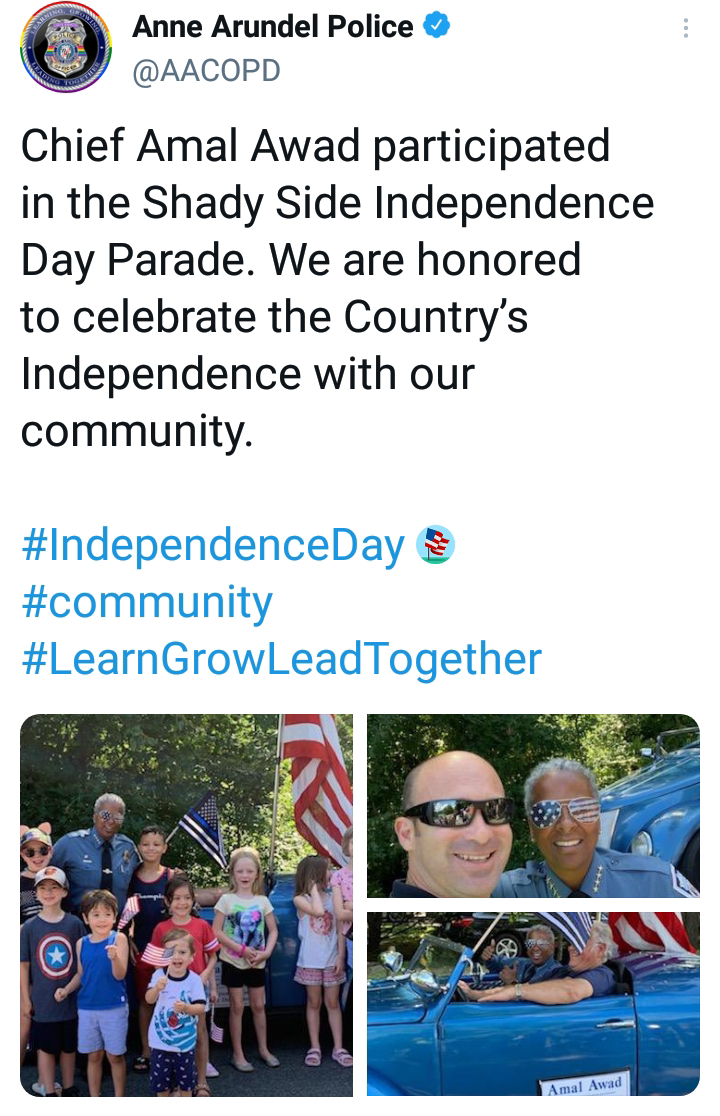 Chief Awad was sworn in as Chief of Police about six months ago. She had previously served as the Police Chief for the City of Hyattsville after starting her career thirty years ago in Prince George’s County.