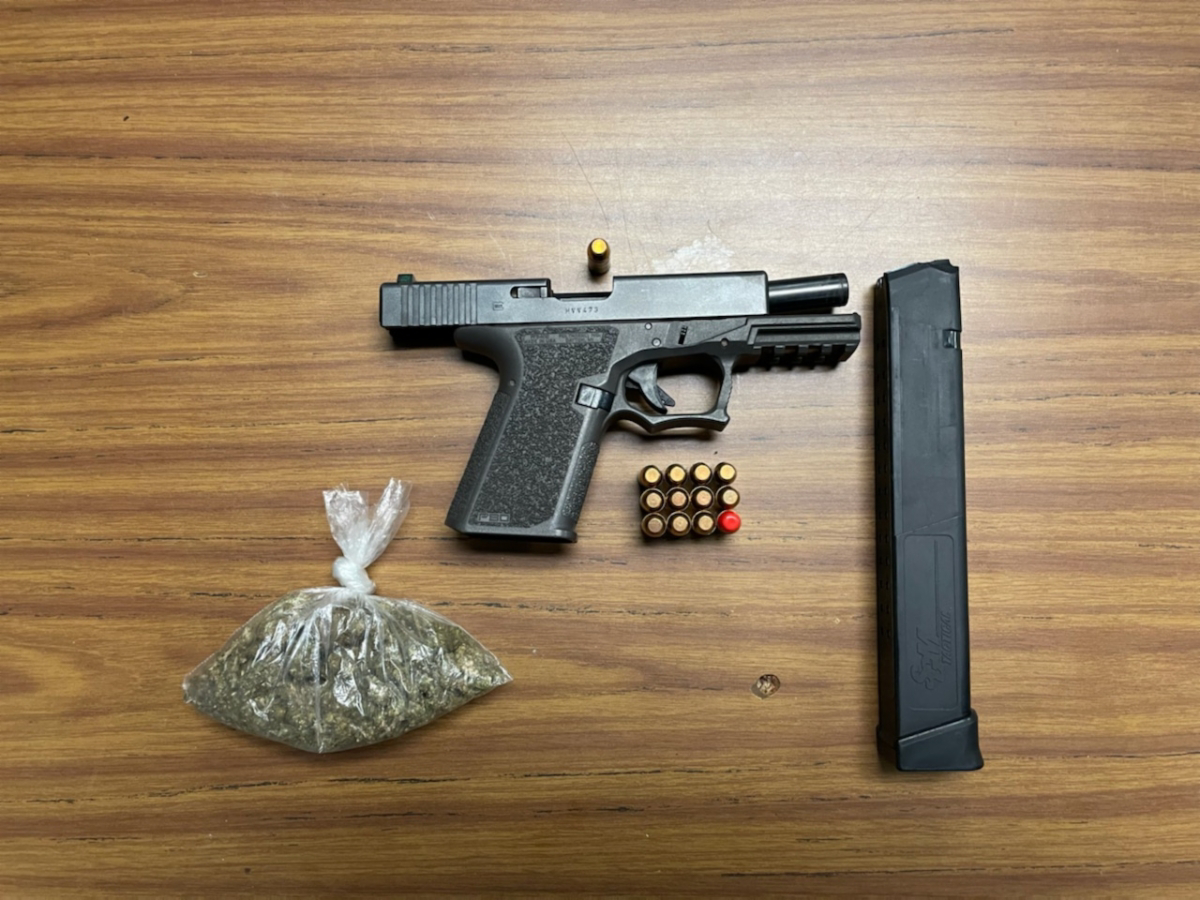 Anne Arundel County Police officers took a 16 year old driver into custody after finding a loaded gun and marijuana while conducting a search of his car.
On June 30, 2021, officers checked on a suspicious vehicle, a 2008 silver Honda, located in the area of Stillmeadows Drive and Dunfield Court in Severn. Upon approaching the vehicle and making contact with the occupant, officers received information which led to a search of the vehicle and occupant which resulted in the seizure of a loaded .40 caliber Polymer 80 handgun with 13 rounds of ammunition and 25.69 grams of suspected marijuana.
The vehicle occupant, a sixteen-year old juvenile, was arrested and charged.