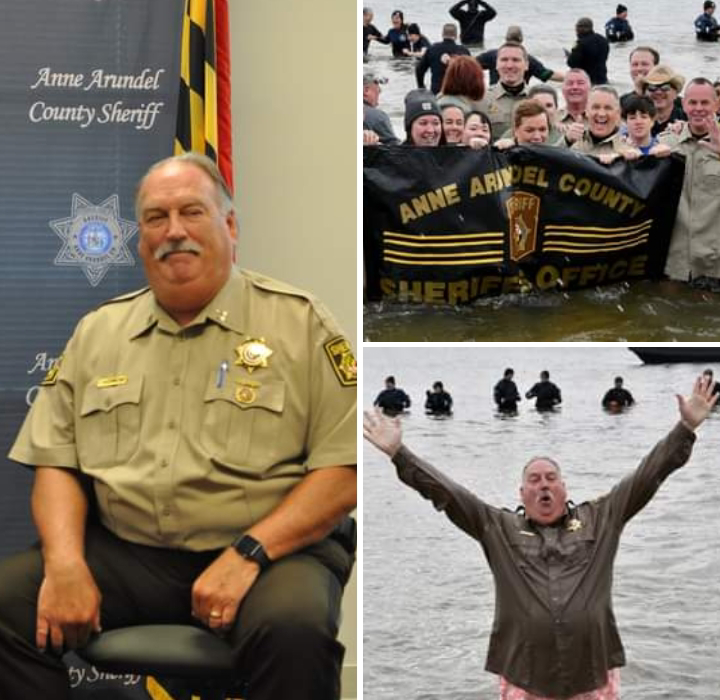 Sheriff Jim Fredericks hosted a unique retirement ceremony for Captain Steve LaPlanche, the longest serving deputy in the 370 year history of the Anne Arundel County Sheriff's Office, according to an announcement made today.
The Sheriff's Office said Captain LaPlanche began his county service in 1976 as a deputy sheriff and worked his way up through the ranks over his subsequent 45 year career.  In the late 1980's and early 1990's, he also held the position of Chief Deputy.  Captain LaPlanche has reportedly served under five different Sheriffs.
As a Special Olympics Super Plunger and Baltimore Ravens Super Fan of the past, Captain LaPlanche was well known and respected in the community.  His polar bear super plunges raised well over $60,000 for Special Olympics and his sports personality "Sports Steve" earned him an induction into the Pro Football Fan Hall of Fame in 2008.
During remarks at the retirement ceremony, Sheriff Jim Fredericks said he had yet to meet a single person who didn't have a kind word to speak of Captain LaPlanche.  "It's a testament not only to the law enforcement officer he is, but to the quality of person he is," he said.