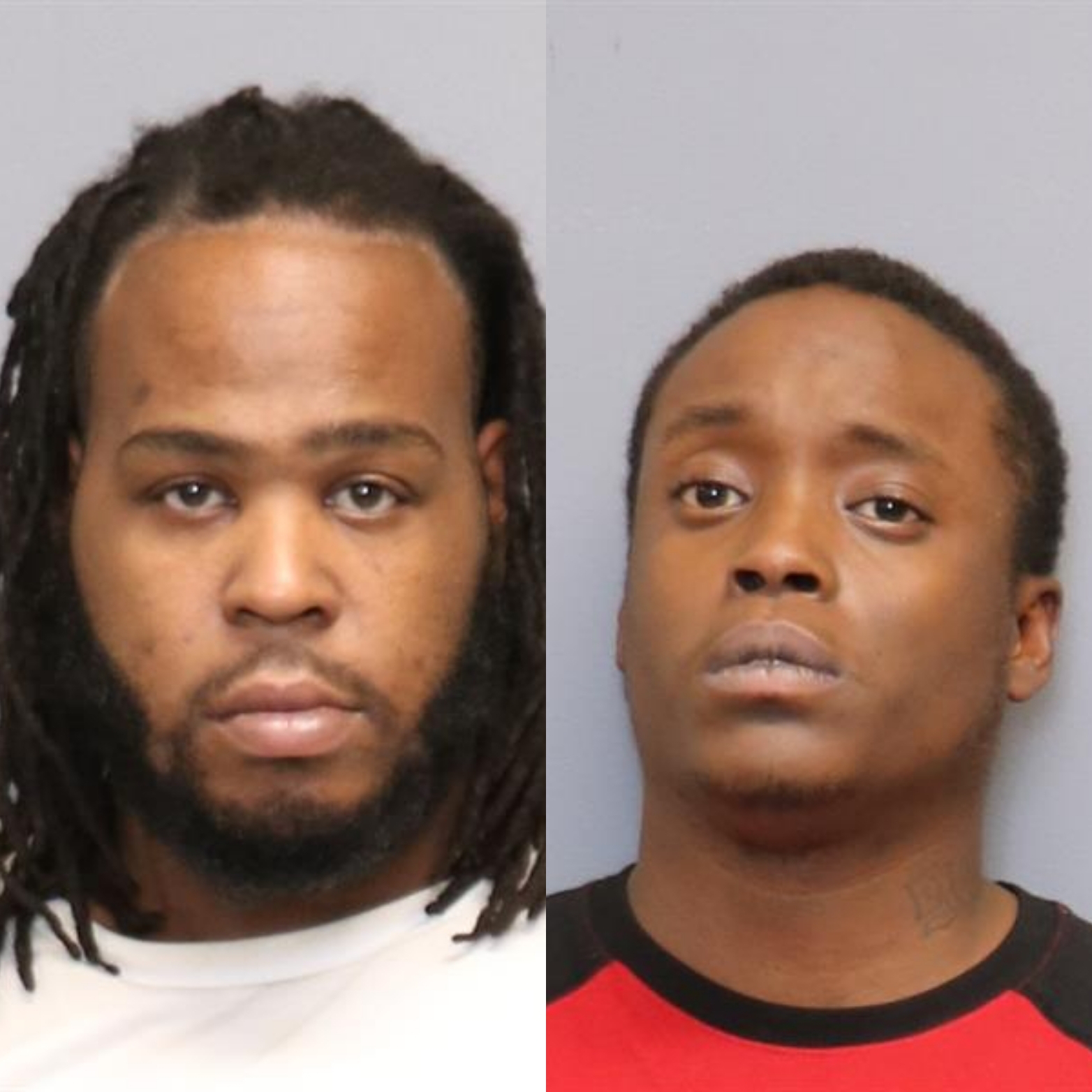 Two men were arrested on gun and drug charges in Glen Burnie today, according to the Anne Arundel County Police Department.
At approximately 12:27 a.m., eastern district officers conducted a traffic stop on a blue Subaru Legacy on Crain Highway near Hiddenbrook Drive. As officers spoke with the driver, information was obtained leading to a search of the vehicle, driver, and the passenger.
The search resulted in the recovery of a Ruger EC9s 9mm handgun, 13.09 grams of suspected marijuana, and other paraphernalia. 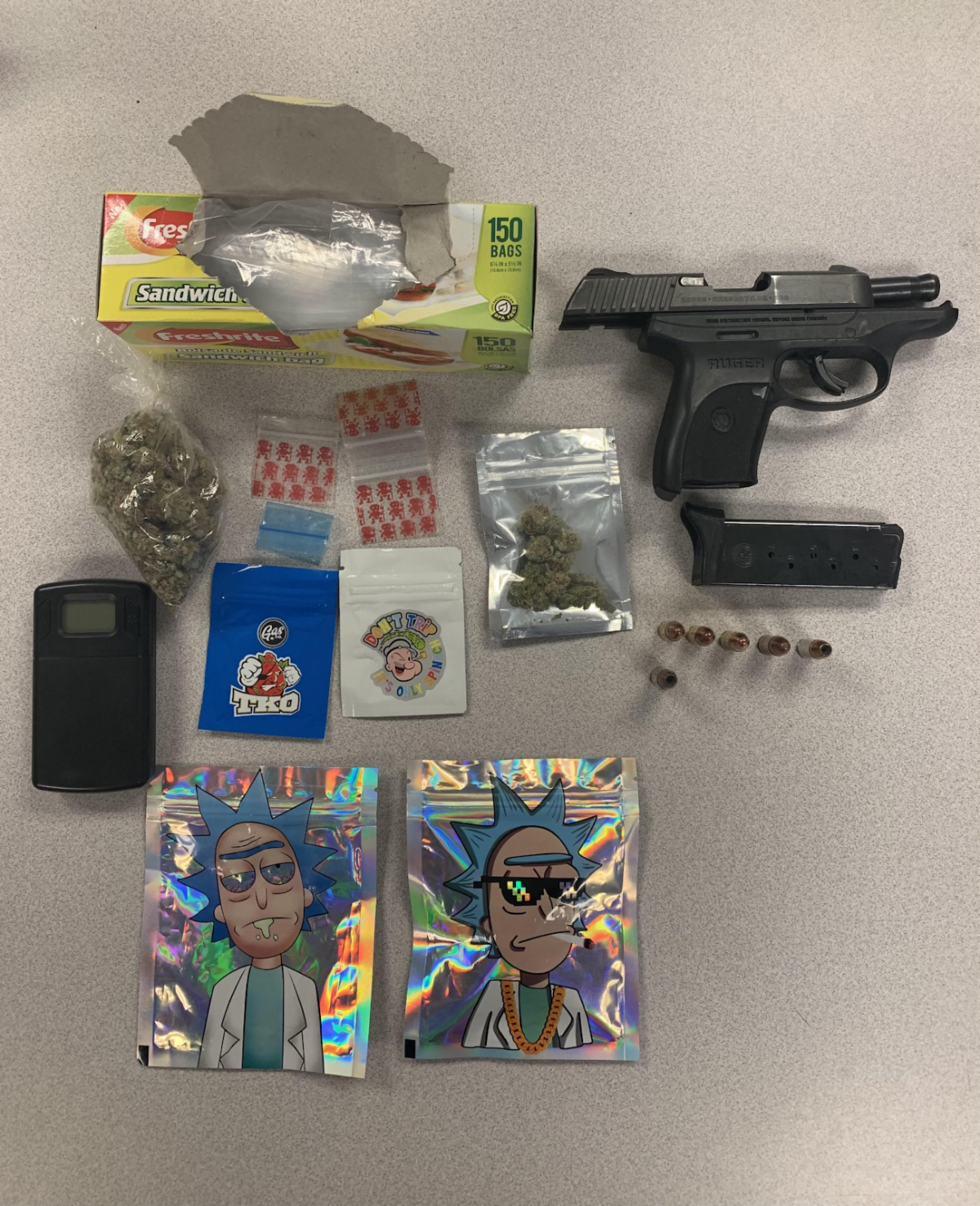 Both the driver, Colin Walter Perry (left picture), 31, of Baltimore, and passenger, Kamau Donavon Jackson (right picture), 27, of Glen Burnie, were arrested. Additionally, both were served on outstanding warrants.