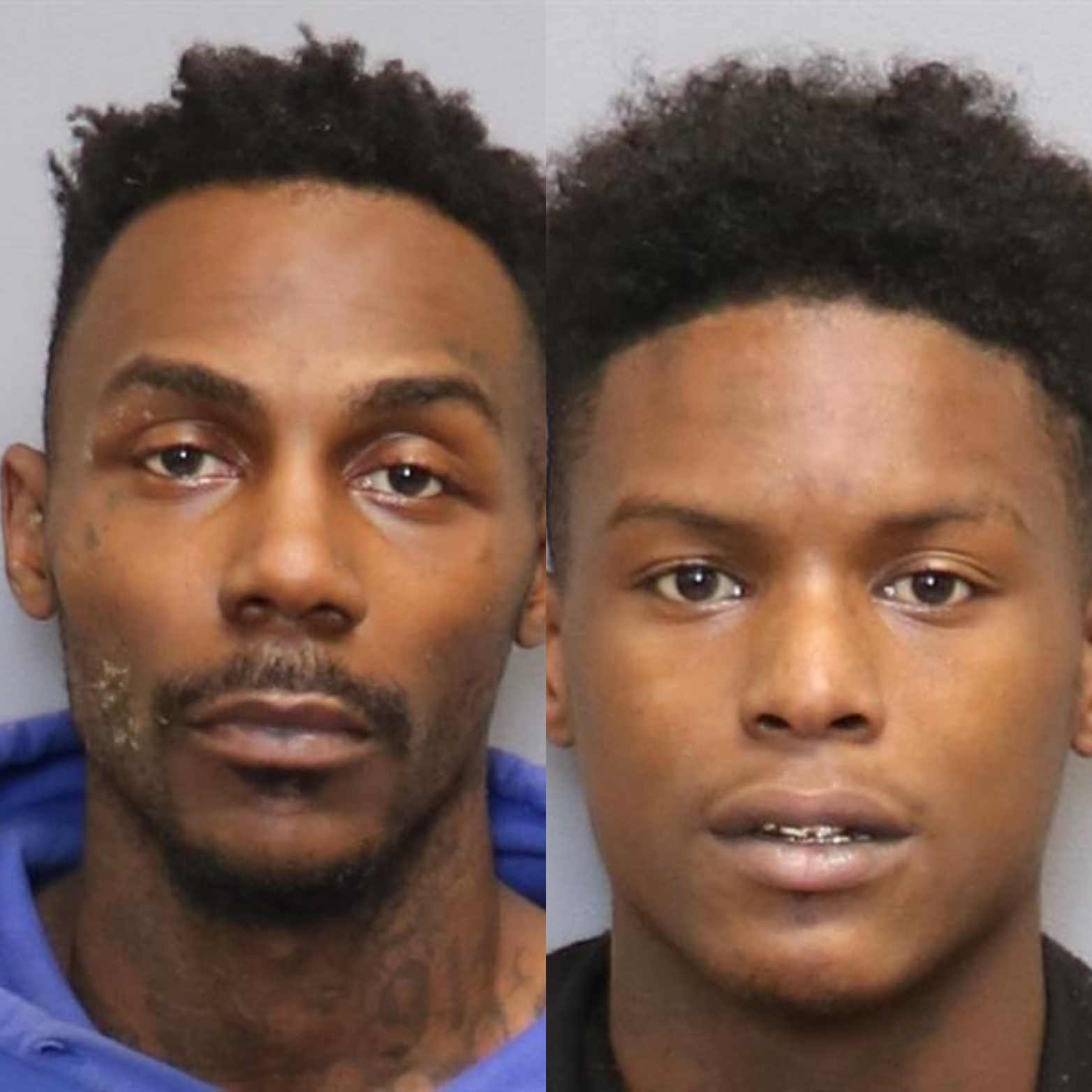 The recent seizure of multiple firearms and suspected drugs during a traffic stop in Glen Burnie led to the arrest of two men.
On November 18, 2020 at approximately 10:30 p.m., detectives conducted a traffic stop of a 2008 Honda Accord in the 100 block of Mountain Road in Glen Burnie. As the vehicle came to a stop, two of the passengers immediately exited the vehicle. One was displaying a handgun and the other appeared to be secreting an item in his waistband. Both individuals began to flee and one threw a silver handgun into a wooded area. Officers quickly apprehended both suspects. The discarded weapon, a silver 9mm Blank handgun, was recovered and a S&W 9mm handgun was recovered from the second subject.