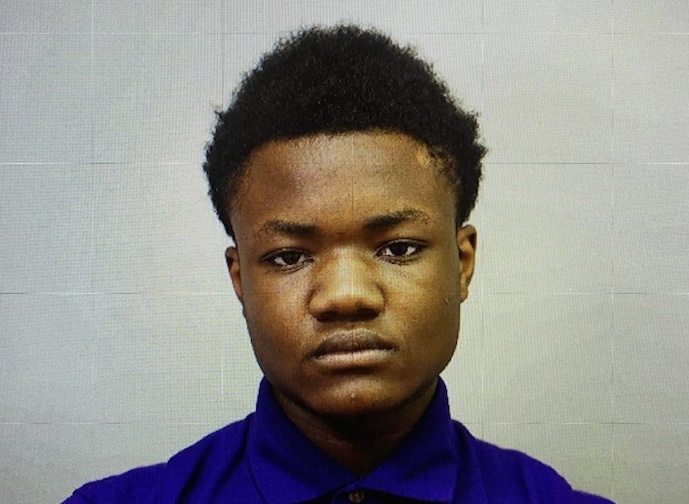 Police in Annapolis have charged a 16 year old male as an adult following an arrest on handgun and drug related charges.
On November 4th at approximately 8:06 pm, officers responded to the Clay Street area for a report of a subject armed with a handgun. When officers arrived in the area they did observe a subject matching the description of the person that was believed to be armed.
Officials say as officers walked towards the subject he attempted to flee on foot. As the officers were following behind the subject, he was observed discarding a handgun under an unoccupied parked vehicle.
After a short foot pursuit, the subject was taken into custody without further incident.
The fully loaded handgun, a Glock 22 40 caliber, along with a plastic bag containing marijuana and heroin was recovered and later submitted into evidence.
The subject was identified as 16 year old Temisje Lelijah Mullins of Crownsville, Maryland. Mullins was charged as an adult with multiple handgun violations and drug related charges. He was committed to the Anne Arundel County Detention Center on a no bond status.