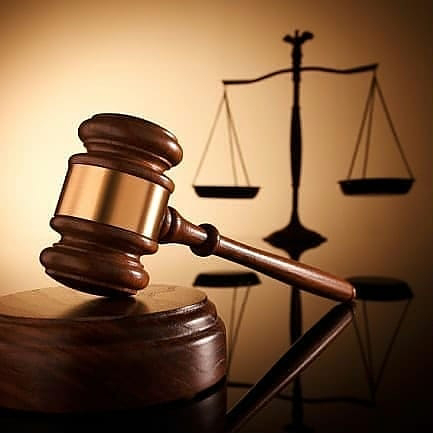 Final Defendant and Drug Supplier in Anne Arundel and Calvert County Drug Conspiracy Pleads Guilty to Federal Charges
Three Co-Defendants Previously Pleaded Guilty to Conspiracy to Distribute Fentanyl, Heroin, Cocaine, and Crack Cocaine
Larry Michael Brown, age 62, of Baltimore, Maryland, pleaded guilty this week to three counts of using a telephone to facilitate a drug trafficking conspiracy.  Three co-defendants previously pleaded guilty to their roles in the drug conspiracy.
According to his guilty plea, in November 2018, Brown was identified as a heroin supplier to Watson Patrick Bruce, a/k/a “Tree,” whom the DEA had been investigating for dealing large quantities of narcotics in Anne Arundel and Calvert counties.  During the course of the investigation, law enforcement overheard phone conversations between Brown and Bruce discussing the quality of narcotics supplied by Brown to Bruce.
For example, on February 27, 2019, Brown contacted Bruce to check on the quality of two batches of narcotics that Brown had provided to Bruce the previous day.  On March 1, 2019, Bruce contacted Brown to express his preference for a particular batch, based on customer feedback, which Brown and Bruce called interchangeably “classic” or “old school.”  Brown agreed to sell Bruce his preferred batch of narcotics in whatever amount he requested.  On March 12, 2019, Brown again reached out to Bruce to discuss the quality of drugs he’d provided to Bruce two days prior.
On March 15, 2019, law enforcement executed a search warrant at Brown’s residence and seized a digital scale with heroin residue.  Brown also consented to a search of his vehicle, where investigators found an additional scale with heroin residue.
Bruce, age 36, of Millersville, Maryland, pleaded guilty to conspiracy to distribute and possess with intent to distribute fentanyl, heroin, cocaine, and crack cocaine, and related charges.  Bruce admitted that he committed these crimes while on supervised release for a previous federal felony drug conviction.  On March 15, 2019, law enforcement executed a search warrant at Bruce’s residence and seized approximately 78 grams of heroin mixed with fentanyl and 69 grams of fentanyl.  If the Court accepts his plea, Bruce is expected to be sentenced to 10 years in federal prison for the drug case, and a consecutive year in prison for violating his federal supervised release.
Co-defendants Lawrence Michael Branch, age 34, of Odenton, Maryland, and Todd Rayshard Thomas, a/k/a “Little Man,” age 36, of Annapolis, Maryland, were identified during the investigation as assisting Bruce with the distribution of narcotics.  Thomas, who was on probation at the time for a previous state narcotics conviction, also assisted in collecting the proceeds of the drug dealing.  On March 15, 2019, Thomas dumped heroin down the bathroom toilet and sink as investigators executed a search warrant at his residence.  Meanwhile, Branch, fleeing in a vehicle from law enforcement, tossed small baggies containing heroin and fentanyl out of the window and dumped heroin and fentanyl out of the window.  Both pleaded guilty to their roles in the drug conspiracy.  Branch was sentenced to five years in federal prison.  If the Court accepts his plea, Thomas is expected to be sentenced to seven years in federal prison.
Brown faces a maximum sentence of four years in federal prison for each of the three counts.  Actual sentences for federal crimes are typically less than the maximum penalties.  A federal district court judge will determine any sentence after taking into account the U.S. Sentencing Guidelines and other statutory factors.  U.S. District Judge Deborah K. Chasanow has scheduled sentencing for Bruce and Brown on January 21, 2021, at 10:00 a.m. and 3:00 p.m., respectively.  Judge Chasanow has scheduled sentencing for Thomas on February 18, 2021, at 11:30 a.m.