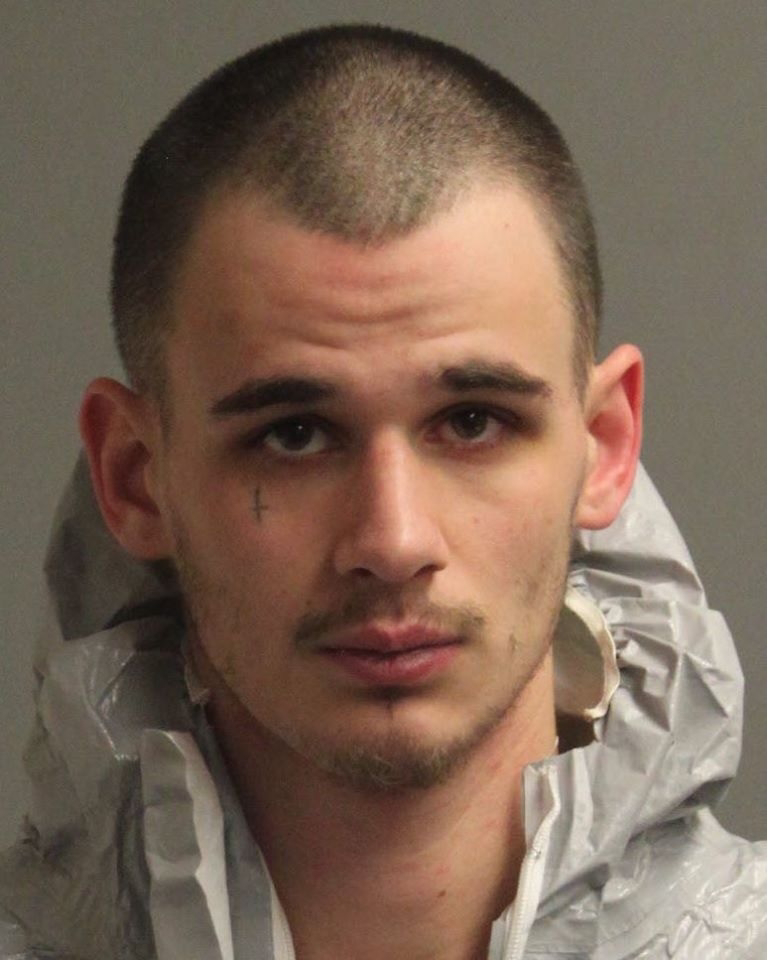 Joseph Willis, 22, of Pasadena, today plead guilty to murdering a Glen Burnie man and shooting two Anne Arundel County Police detectives.
He will be sentenced on March 12, 2021.
On February 5, 2020, 911 operators received a call from a resident who lives in the 600 block of Newfield Road in Glen Burnie who reported his roommate, who was later identified as Christopher Lawrence Jones, deceased. The resident informed the 911 operator that it appeared that someone had entered his home as it had been ransacked and that Mr. Jones had appeared to be beaten to death. The caller also stated that Mr. Jones' vehicle was missing and that he believed that Mr. Jones' friend, who he only knew as "Joe" took Mr. Jones' vehicle, a 2010 Toyota Camry.
The friend gave a generalized description of Joe who he was told lived in the Brooklyn Park area. When police officers arrived to the location, they found Mr. Jones lying on his bed on his right side, fully clothed, with blood all over his head and face and a quarter size hole on the left side of his head. An autopsy was conducted by the Assistant Medical Examiner at Office of the Chief Medical Examiner found that the manner of death was homicide.
Upon further investigation, Mr. Simmons told police that when he arrived home that day, he discovered the side entry door of his residence, which is located off the driveway, was open and all the interior lights were on. At that point, he walked inside his residence and immediately noticed several of his rifles were lying on the kitchen floor and that his little black safe was open and various properties was missing - including currency and jewelry.
While executing a search and seizure warrant at the home, Anne Arundel County police officers received a radio transmission that two Anne Arundel County detectives had been shot.
The Anne Arundel County Police Department Fugitive Apprehension Team which included Det. Preece and Det. Ballard responded to Brooklyn Park at the intersection of Anne Arundel County and Baltimore City after receiving notification that Mr. Jones' vehicle was captured on a license plate reader near Church Street in Baltimore section of Anne Arundel County. Det. Preece saw the vehicle in Anne Arundel County and began to pursue the vehicle at approximately 11 p.m., while simultaneously calling out on radio.
He continued to pursue the vehicle into Baltimore City. After Det. Preece turned on his lights and sirens, the driver of the vehicle continue to disobey the order by failing to stop. In another vehicle, Det. Ballard drove up next to the stolen vehicle and the driver of the vehicle shot at Det. Ballard, striking him in his face, which resulted in significant injury, including loss of teeth, reconstructive surgery and required his jaw to be wired shut for months. Det. Ballard was able to use his police issued radio to notify that shots were fired, but was subsequently only able to communicate via text messages to his fellow officers that he had been shot. Officers responded to assist Det. Ballard who was transported to University of Maryland Shock Trauma Center.
Det. Preece continued to follow Willis who began to shoot from his moving vehicle at Det. Preece who was struck in his right arm, grazed on the right side of his torso and one projectile going straight through the detective's headrest, where he narrowly missed a potentially fatal gunshot wound. Det. Preece struck the Toyota Camry on the driver side in an effort to stop Willis who then exited the stolen vehicle and fled the scene. Det. Preece was subsequently transported to University of Maryland Shock Trauma Center.
On February 6, 2020, police executed a search of the residence and found an empty handgun case, ammunition box with ammunition and various CDS including a marijuana cigarette. The Latent Print Examiner examined the latent prints recovered from the interior and exterior storm door at the home and matched them to the defendant, who was identified as Joseph Robert Mitchel Willis. Later that day, police executed a search warrant for a home in the 1300 block of River Bank Court where they located Willis and two associates who were all arrested.
Willis was arrested and fully advised of his Miranda Rights and he elected to speak to Anne Arundel County detectives and admitted to murdering Mr. Jones and shooting both Det. Ballard and Det. Preece.