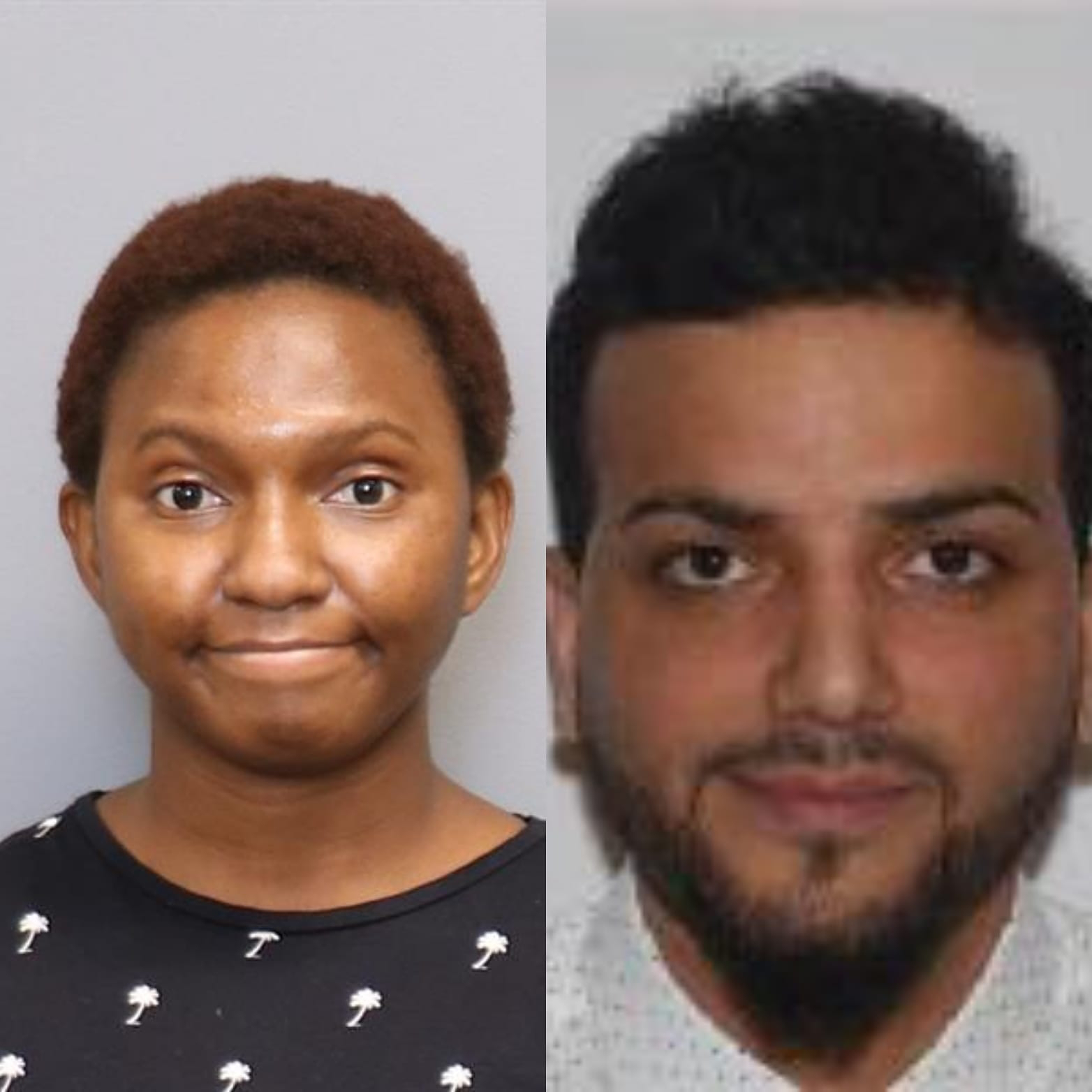 The two people accused of violently attacking employees of an ice cream store in Edgewater have been released on $7,500 bail, online court records indicate.
On November 7, 2020 at approximately 7:20 p.m., officers responded to the Coldstone Creamery located at 15 Lee AirPark Drive in Edgewater for an unknown disturbance. The initial investigation found that a black male suspect and black female suspect entered the business without facemasks and were asked to put them on. The suspects were uncooperative and argued with the employees. The argument escalated to the point where the suspect physically assaulted the store employees, and the suspects left the scene prior to police arrival.
Through investigation, detectives were able to identify and subsequently arrest both suspects, Ibukunoluwa Opanuga (left picture), 26, and Musaab Abdul Ali (right picture), 35, of Washington, DC.