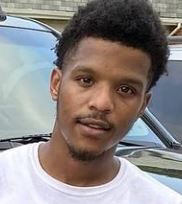 The Anne Arundel County Police is offering a reward of up to $10,000.00 for information leading to the arrest and conviction of the suspect(s) involved in the murder of Louis Newman.
On Thursday, November 26, 2020, at approximately 1:37 p.m., Anne Arundel County Police responded to the 1700 block of Meade Village Circle, Severn, Maryland for multiple reports of shootings.  Upon arrival officers located Louis Guy Newman III (pictured) who was transported to a local hospital where he succumbed from his injuries. The Office of the Chief Medical Examiner ruled Mr. Newman’s cause of death as gunshot wound(s) with the manner being homicide. Two additional adult males were also injured in the shootings with apparent non-life threatening injuries.
Preliminary investigation revealed a football game took place in the open field behind the 1700 block of Meade Village Circle Road.  A large crowd was present to witness the game between local neighborhoods.  At the conclusion of the game is when some type of altercation occurred in which gunfire erupted and the two victims were shot and one was killed.  The Anne Arundel County Police are aware there are several witnesses to this violent holiday tragedy and are asking for the communities assistance in solving this crime. 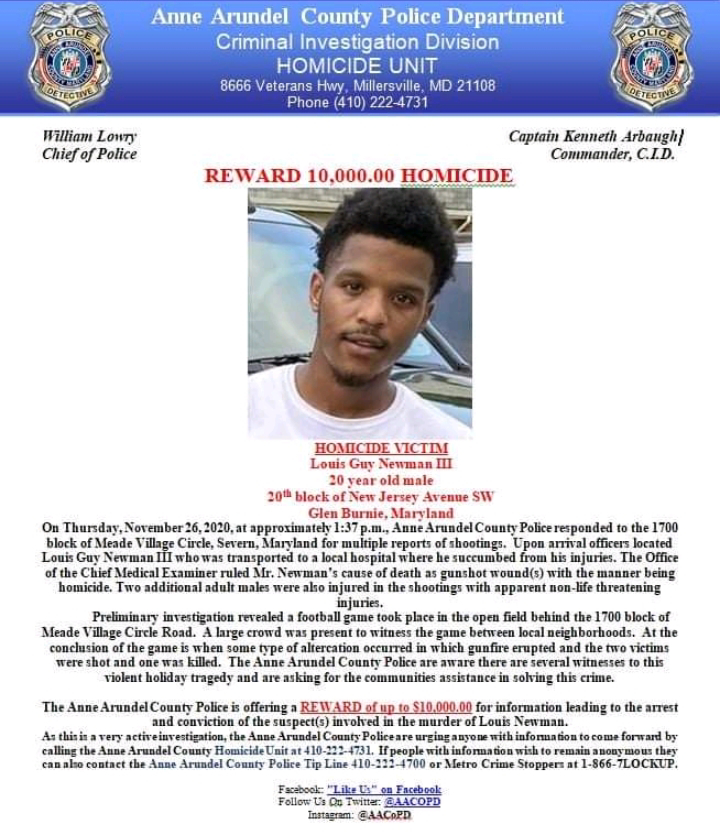