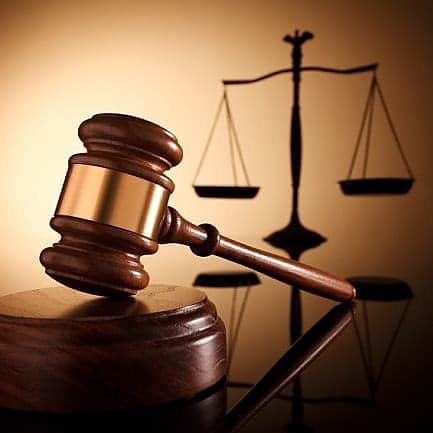 A Maryland Darknet vendor residing in Anne Arundel County and a Nebraska pharmacist were sentenced today to a combined over 23 years in prison for their respective roles in conspiracy to use explosives to firebomb and destroy a competitor pharmacy.
According to court documents, William Anderson Burgamy IV, 33, of Hanover, Maryland, told co-conspirator, Hyrum T. Wilson, 41, of Auburn, Nebraska, that he would never surrender to law enforcement, that if anyone showed up during the attack, he would “blast [his] [expletive] way out,” and that he would shoot bullets at anyone who attempted to confront or apprehend him, including the owner of the victim pharmacy. Prior to Burgamy’s arrest in April 2020, which uncovered and thwarted the firebombing plot, Burgamy and Wilson fully intended on the attack occurring after COVID-19 restrictions were lifted.
From August 2019 through April 2020, Wilson illegally mailed over 19,000 dosage units of prescription medications, including opioids, from his pharmacy in Nebraska to Burgamy’s residence in Maryland. Burgamy illegally sold prescription drugs through his Darknet vendor account to customers nationwide, including here in the Eastern District of Virginia, and claimed at one point that he made nearly $1 million total. Burgamy and Wilson laundered the proceeds of their scheme using Bitcoin cryptocurrency payments, wire transfers, and bundles of cash sent through the mail.
Given the profitability of the Darknet scheme, Wilson repeatedly hit limits, set by his distributor, on the amount of prescription drugs that he could obtain and provide to Burgamy. Consequently, Burgamy and Wilson developed an attack plot known as “Operation Firewood” to break into, steal the opiate supply of, and firebomb a competing pharmacy located in Auburn by using explosives. The goal of the attack plot was to destroy Wilson’s local competition, which Burgamy and Wilson believed would increase the volume of prescription drugs that Wilson’s pharmacy could obtain, thereby allowing Burgamy and Wilson’s drug trafficking operation to continue and expand.
Wilson created a “getaway” map and escape routes for Burgamy to use to help him evade law enforcement detection after the firebombing. Wilson instructed Burgamy to make the firebombing appear as though it was committed by a fictitious “pissed off husband” who learned about a fabricated affair involving the husband’s wife and a pharmacist from the victim pharmacy. Burgamy and Wilson also discussed obtaining and selling hydroxychloroquine and chloroquine for illegal distribution purposes in order to further profit from the ongoing COVID-19 pandemic.
Burgamy assured Wilson that if anything happened to him, he would take care of Wilson’s “family and bills,” and Wilson agreed to safeguard Burgamy’s life insurance information in the event Burgamy was killed during the attack. Burgamy and Wilson also agreed that Burgamy and another individual would carry multiple firearms during the attack and use explosives, specifically Molotov cocktails enhanced with Styrofoam as a thickening agent, to burn the victim pharmacy down. Law enforcement located eight unsecured fully loaded firearms in Burgamy’s residence, including AR-15 assault rifles and numerous high capacity magazines.
Burgamy and Wilson were sentenced to 168 months and 112 months in prison respectively.