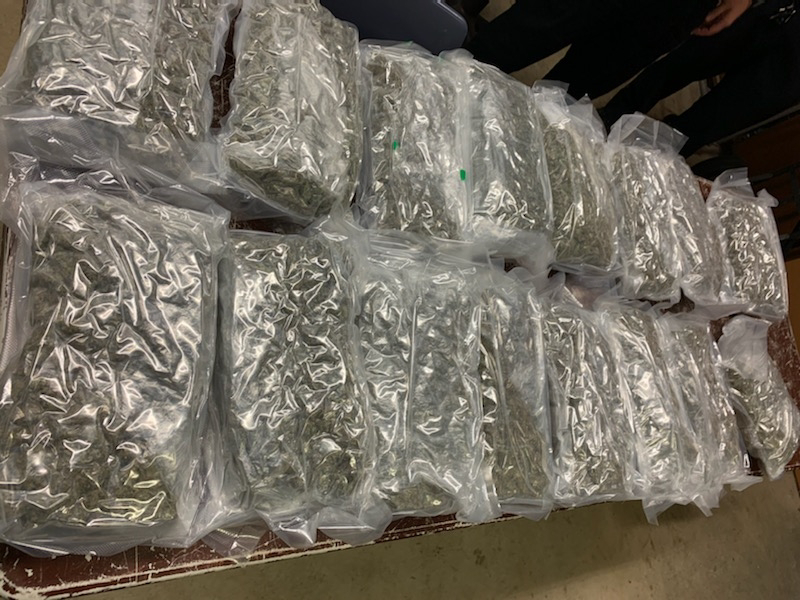 A suspicious UPS package delivered to a home in Glen Burnie contained more than 8,200 grams of marijuana, the Anne Arundel County Police Department said today.
On November 25, 2020 at approximately 3:39 p.m., officers responded to the 600 block of Ravenwood Drive in Glen Burnie for a report of recovered CDS. The caller advised they received multiple packages on their doorstep delivered by UPS earlier in the day. Upon opening the packages, the caller found several clear plastic heat sealed bags containing suspected marijuana were. The packages were not addressed to the caller.
The suspected marijuana was transported to the Northern District where officers determined the total weight of the recovered CDS to be approximately 8,226.46 grams or 18.13lbs.
Northern District detectives are investigating and ask anyone with information please call 410-222-6135.