Man, 25, Wanted in Connection With Double Shooting in Edgewater That Left One Dead, One Injured 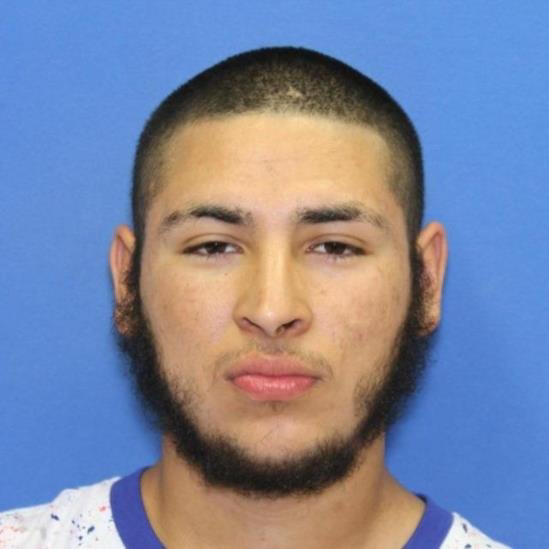 An arrest warrant has been issued against a twenty-five year old man in connection with a recent shooting in Edgewater which left one person dead and another person seriously injured.
On Saturday, November 14, 2020, at approximately 7:14 p.m., Anne Arundel County Police responded to the 20th block of Brick Church Road, Edgewater, Maryland for the report of a shooting. When officers arrived, they found two adult male victims had been shot. One of the adult males, identified as Ronal Alcidis Maldonado Quijada a fifty-two year old male from the 1400 block of Middletown Road, Annapolis, Maryland, was pronounced deceased at the scene. The second victim, a twenty-eight year old male, was transported to a local trauma center with non-life threatening wounds. The evidence identified this incident as an apparent homicide as the Office of the Chief Medical Examiner will determine the exact cause and manner of death.
Anne Arundel County Homicide detectives responded to the scene along with the Evidence Collection Unit. The scene was processed where several items of evidentiary value were collected. Multiple witnesses to the shooting were located and interviewed. Information was obtained that the shooter fled in a gray vehicle prior to law enforcement arrival. A lookout was broadcast for the suspect and vehicle at that time.
Through all the evidence coupled with witness interviews a suspect was identified in the shootings. On Sunday, November 15, 2020, during the early morning hours homicide detectives secured an arrest warrant charging Wilber Oswaldo Nunez-Menendez, a twenty-five year old male from the 20th block of Summer Hill Trailer Park, Crownsville, Maryland for the murder of Mr. Quijana and the shooting of the twenty-eight year old male.  The suspect, Wilber Nunez-Menendez, was charged with First Degree Murder, Attempted First Degree Murder, two counts of First Degree Assault, two counts of Second Degree Assault, two counts of Reckless Endangerment, coupled with firearm related charges. Investigation at this time indicates this was a targeted incident and not a random act of violence.
Members of the Fugitive Apprehension Team are actively searching for the suspect. If anyone knows of his whereabouts they are urged to call 911 and to not approach the suspect as he is considered armed and dangerous. The vehicle in which the suspect fled the scene has since been recovered where a search warrant was completed. Even though an arrest warrant was obtained this is an active and fluid investigation where the Anne Arundel County Police are urging anyone with information on the incident or location of the suspect to come forward by calling the Anne Arundel County Homicide Unit at 410-222-4731. If people with information wish to remain anonymous they can also contact the Anne Arundel County Police Tip Line 410-222-4700 or Metro Crime Stoppers at 1-866-7LOCKUP or Download P3Tips APP and Submit Your TIP or submit by web at www.metrocrimestoppers.org.