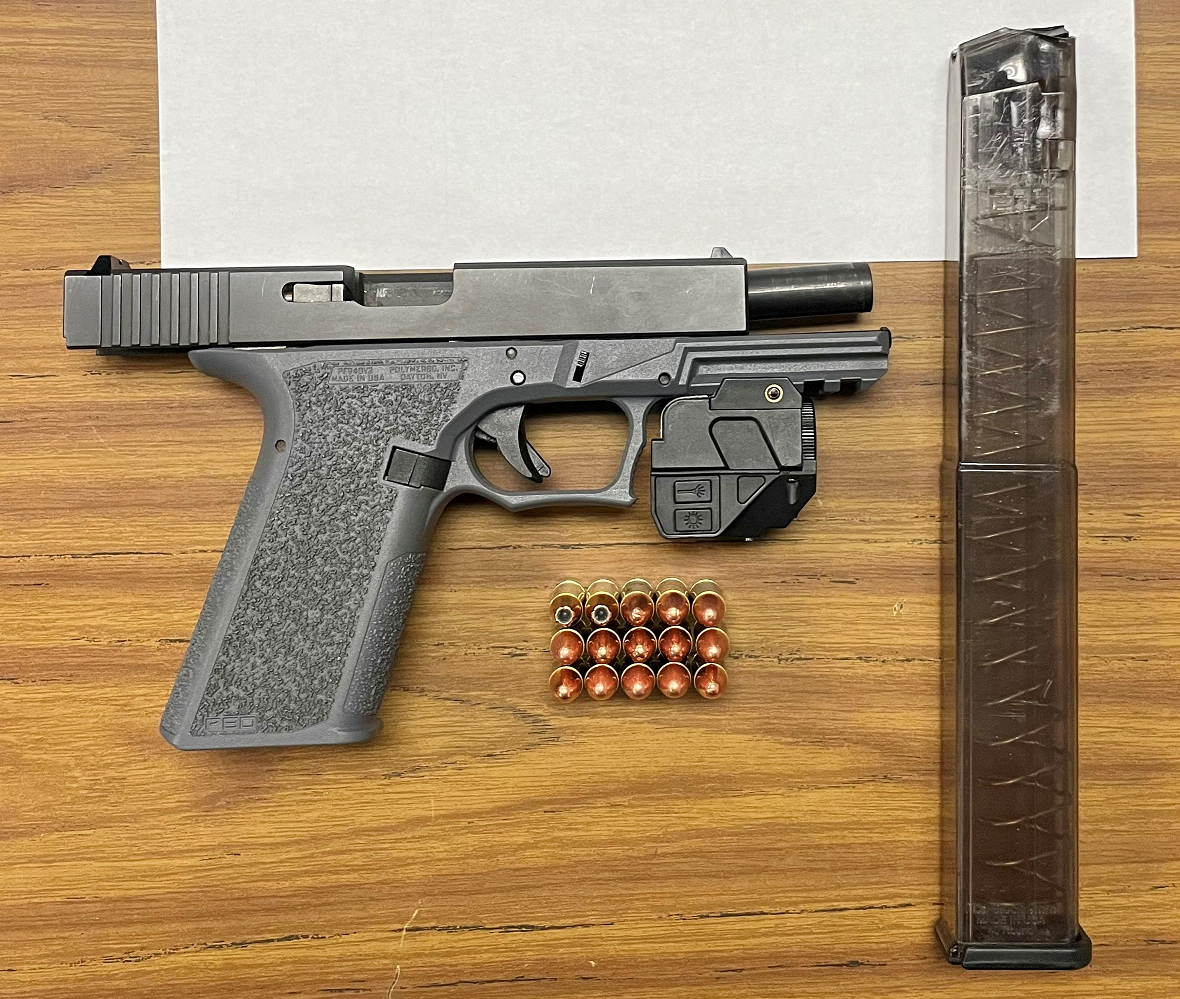 While conducting a traffic stop in Severn, Anne Arundel County seized a loaded firearm, drugs and nearly $1,000 in cash.
On May 4, 2021 at approximately 2:15 a.m., officers conducted a traffic stop of a Mitsubishi Outlander in the area of Reece road and Jacobs Road in Severn. Upon approaching the vehicle, the officer observed suspected marijuana within the vehicle.
As the officer began to investigate, the rear seat passenger fled but was quickly located by officers. That subject was found to be in possession of a loaded 9mm Polymer 80 handgun with a 40 round magazine, 2.49 grams of Ritalin, 5.78 grams of suspected Cocaine, 3.97 grams of suspected Heroin, 1.11 grams of suspected marijuana, $990.00 in currency, a scale, and paraphernalia consistent with the packaging of CDS. The driver and other passengers were released from the scene.
The subject was found to be prohibited from possessing a firearm. He was arrested, charged and identified as:
Carlyle Emman Brooks, 3rd
DOB: 7/26/1990
8200 block of Durness Court
Severn, Maryland