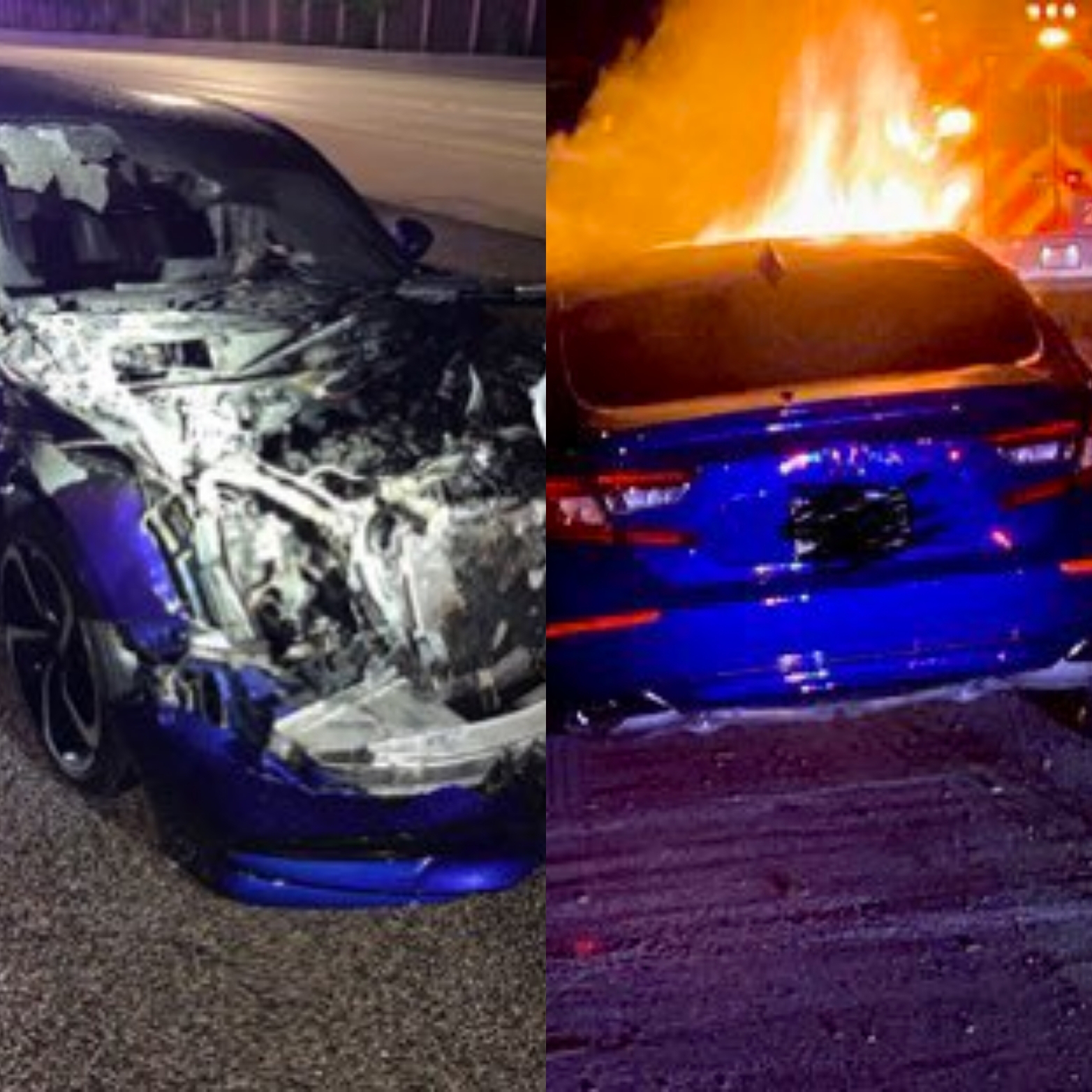 An Arundel County Police officer pulled a drunk driver from his vehicle which had caught fire following an early morning highway crash in Glen Burnie.
On Sunday, May 16, 2021 at 2:31 a.m., Maryland State Police troopers from the Glen Burnie Barrack responded to a two vehicle crash on NB I-97 at MD-174. The preliminary investigation indicates a blue Honda Accord had run into the rear of a red Ford truck.
The Honda Accord reportedly caught fire after the crash. Officer Hannigan, of the Anne Arundel County Police Eastern District, pulled the man out of the vehicle, bringing him to safety.
Both drivers involved in the accident refused medical treatment on the scene. The driver of vehicle, Jeffrey McGuire, 38, of Crofton, was subsequently arrested for DUI.