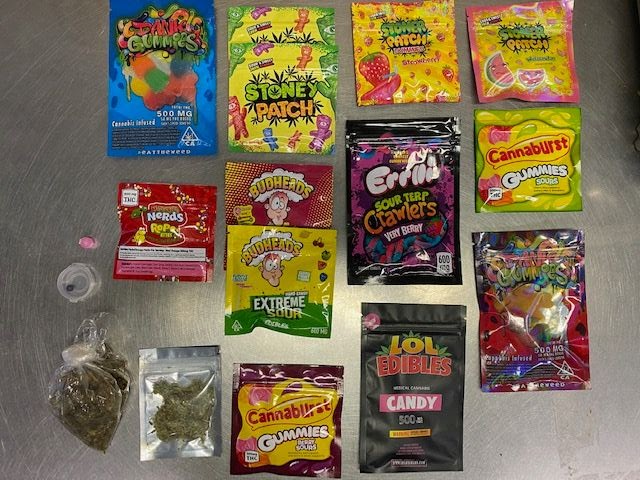 Drugs were seized from an impaired driver after he crashed his vehicle in the Glen Burnie.
On May 24, 2021 at approximately 8:11 a.m., an officer observed a vehicle traveling towards him at a high rate of speed and in the wrong direction on Route 648 near 1st Avenue in Ferndale. The officer located the vehicle a short distance away after it crashed on the I-695 Eastbound on-ramp at Route 648. As the officer approached the vehicle, the driver attempted to flee the scene on foot. Several officers responded and assisted with placing the suspect in custody.
The suspect appeared to be under the influence of drugs or alcohol and was transported to an area hospital for treatment.
It was later discovered the suspect had an open warrant. A search of the suspect and vehicle revealed the following:
19.2 grams suspected marijuana
309.05 grams of suspected THC edibles
0.29 grams of suspected crack cocaine
$561.00 US Currency
Upon release from the hospital, the suspect was arrested, charged and identified as:
Trekwan Mulccas Trebor Woodard
DOB: 10/21/1995
1500 block of Pennsylvania Avenue
Baltimore, Maryland