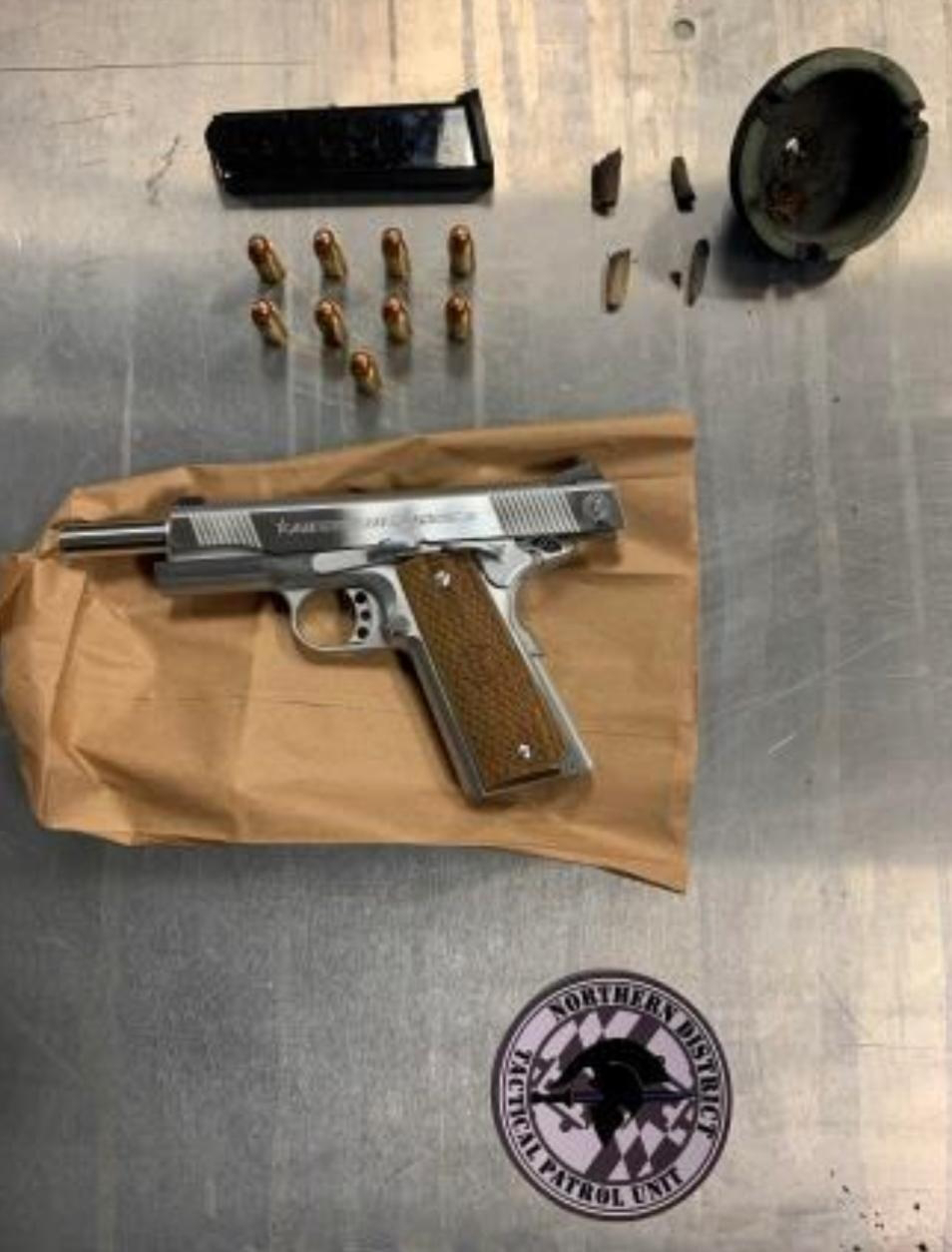 A loaded firearm was recovered from a wanted suspect during traffic stop in Brooklyn Park.
On May 19, 2021 at approximately 8:09 p.m., officers observed the driver of a grey Nissan in the area of Church Street and RItchie Highway Brooklyn Park, MD not wearing a seatbelt. Officers conducted a traffic stop on Brookwood Road near Alley 27. An Officer made contact with the driver and observed several suspected CDS marijuana cigarettes in the vehicle in plain view and smelled the odor of marijuana emitting from the vehicle.
A search of the vehicle resulted in the recovery of a silver Metro Arms .45 caliber handgun. The driver also had an open traffic warrant for Failure to Appear.
The driver was placed into custody, charged and identified as:
James Franklin Jones
DOB: 03/01/1999
1000 block of Linden Avenue Halethorpe, MD