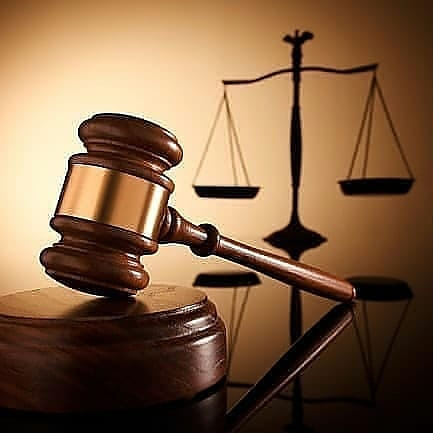 Chief Judge John P. Morrissey has issued a memo banning all district court employees from wearing any clothing that would symbolize support for law enforcement.
According to the document obtained by Report Annapolis News, the issue of perceived bias was recently brought to the Court’s attention by Maryland Public Defender Paul Dewolfe regarding court personnel wearing masks or other items of clothing with a blue line to signify support for police officers.  "Employees of the District Court wearing any clothing item or apparel which promotes or displays a logo, sticker, pin, patch, slogan, or sign which may be perceived as showing bias or favoritism to a particular group of people could undermine the District Court’s mission of fair, efficient, and effective justice for all and call into question the Judiciary’s obligation to remain impartial and unbiased," Judge Morrissey wrote.  "Effective immediately, while performing duties of employment and on court property, all District Court employees, bailiffs, commissioners, constables, clerks, staff and judges will cease wearing any mask, clothing or apparel with a blue line through it. "
In his letter addressed to Judge Morrissey, Dewolf said such symbolism has no place in the courtroom, which must remain a
neutral, politically impartial environment dedicated to fairness and equal treatment of all parties. "Because of the divisive and political nature of the thin blue line symbolism, especially in the current political climate, we are asking that you ban all displays of the thin blue line symbol
within the courtroom, by any court staff."