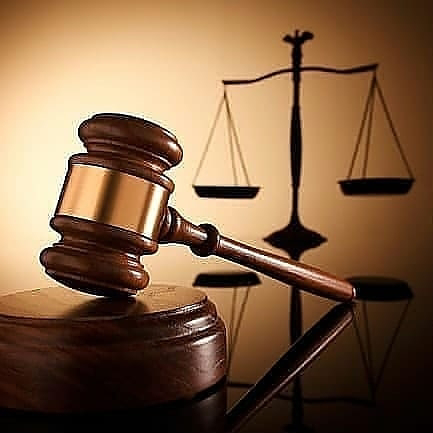 Maryland Attorney General Brian E. Frosh and Anne Arundel Police Chief Amal Awad has announced the indictments of 7 defendants for multiple charges including participation in a criminal organization, assault, and conspiracy to distribute drugs, and firearm-related counts.  An additional 8 defendants were charged with drug and firearm-related counts in Anne Arundel County, Baltimore City, and Baltimore County.
The investigation into the drug-trafficking organization began as a result of the November 18, 2019 homicide of Xavier Green, who was shot and killed at his home in the Morris Hill community in Glen Burnie.  The investigation revealed that Green was a member of a drug-trafficking organization and was planning to move out of the neighborhood the next day. Investigators later learned that the firearm used to kill Green was recovered near the scene of a shootout in Baltimore City that claimed the life of an innocent bystander, Carolyn McFadden. That firearm was one of over 50 firearms that was stolen during the burglary of a gun store in Baltimore County in November 2018.
A long-term investigation revealed that the criminal organization distributed drugs, mainly marijuana and oxycodone, on a nearly daily basis to customers in and around the Morris Hill community in Anne Arundel as well as in Baltimore City and Baltimore County.  The organization utilized threats and violence to control their territory and to punish adversaries or even their own members.  A leader of the organization gave a “green light” to approve the kidnapping and assault of a member by other members for actions the organization deemed a threat to the group.  Additionally, the members of the organization plotted to seriously injure two adversaries who had an ongoing feud with a member.  As part of their control over the Morris Hill neighborhood, the organization monitored people entering and exiting the area and at one time threatened an undercover detective who was in the area in his vehicle.
Members possessed firearms to protect their drug distribution territory and utilized houses in Anne Arundel and Baltimore County to store weapons, drugs, and ammunition.  During the months-long investigation, members of the criminal organization frequently fled from police in their vehicles and carried firearms and illegal drugs in their vehicles.  A total of six firearms were recovered during the investigation along with ammunition, approximately 15 pounds of marijuana, 167 grams of cocaine, 270 grams of oxycodone, as well as Morphine and Tramadol.
The Anne Arundel County Police Department is offering a $20,000 reward for information leading to the arrest and conviction in Xavier Green’s murder.  Individuals with information may remain anonymous by contacting the Anne Arundel County Police Tip Line 410-222-4700 or Metro Crime Stoppers at 1-866-7LOCKUP or Download P3Tips APP and submit a TIP, or submit by web at www.metrocrimestoppers.org
Individuals Indicted:
Aaron Berg, Glen Burnie
Je’Kwon Desean Austin, Glen Burnie
Deniko Darrel Carter, Baltimore City
Purnell Jermaine Carter, Jr., Baltimore City
Purnell Jermaine Carter, Sr., Owings Mill
Shirley Carter, Glen Burnie
Thomas Carter, Glen Burnie
Marice Tavon Coates, Baltimore
Marcus Enoch Jones, Anne Arundel
Tracey Lee Loadholt, Anne Arundel
Shytiea McKeever, Baltimore City
Maurice Richardson, Baltimore City
Jeremiah Jayden Shuron, Anne Arundel
Steven Stasevich, Baltimore County
Bryant Gregory Whitfield, Glen Burnie