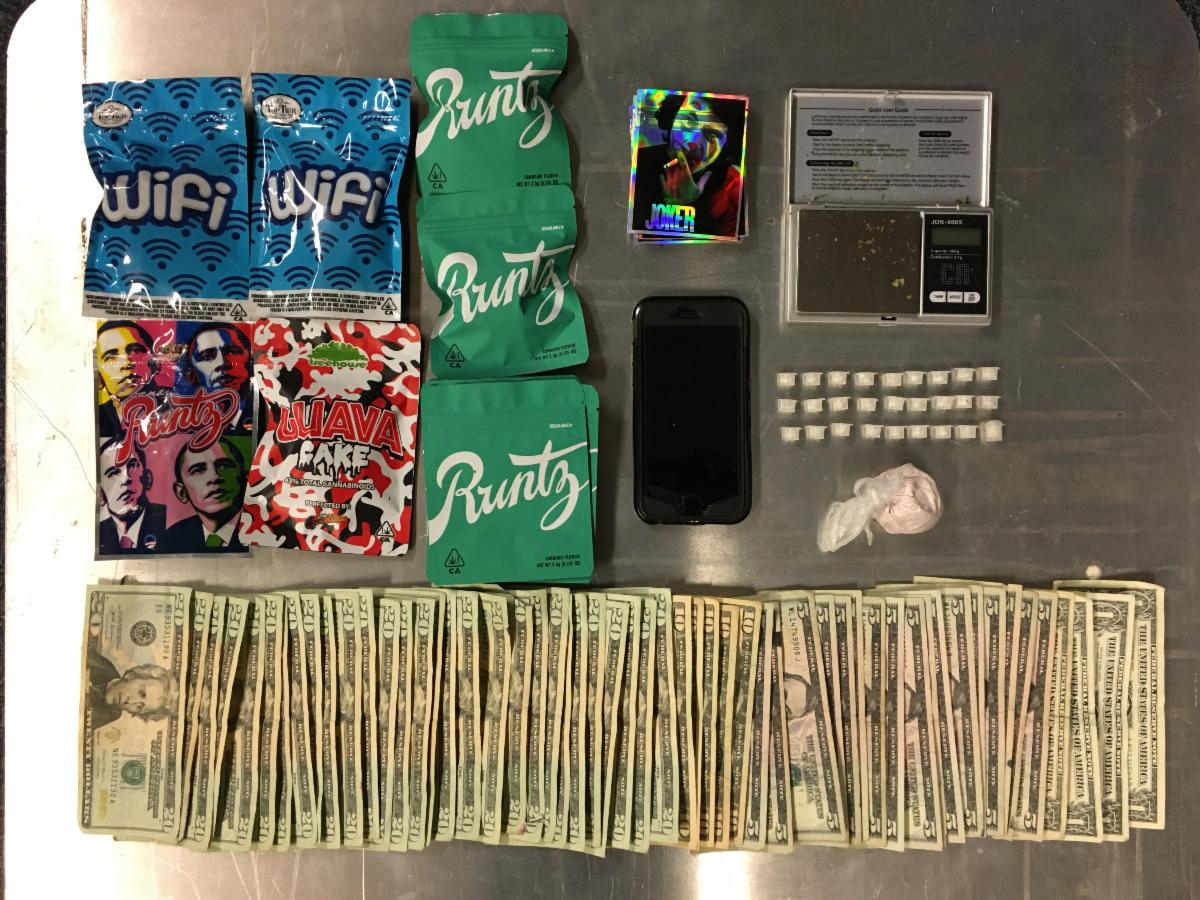 A Baltimore man was arrested after drugs and a large sum of money were allegedly recovered by police from his vehicle during a traffic stop in Brooklyn Park.
On May 5, 2021 at approximately 8:30 p.m., officers conducted a traffic stop on a silver Infinity in the area of Ritchie Highway near Franklin Avenue. Upon speaking with the driver, officers received information which led to a search of the driver.
The search resulted in the recovery of 27 small plastic containers  containing approximately 10.28 grams of suspected CDS crack-cocaine and a clear plastic bag containing 22.21 grams of a pink/white powder suspected to be heroin/fentanyl.  A search of the vehicle resulted in the recovery of six different bags containing approximately 67.72 grams of suspected marijuana, a digital scale with suspected marijuana residue, and $719.00 dollars in U.S. currency.
The driver was arrested, charged and identified as:
Harvey Morton Barnes
DOB: 12/15/1992
2200 block of Round Road
Baltimore, MD 21225