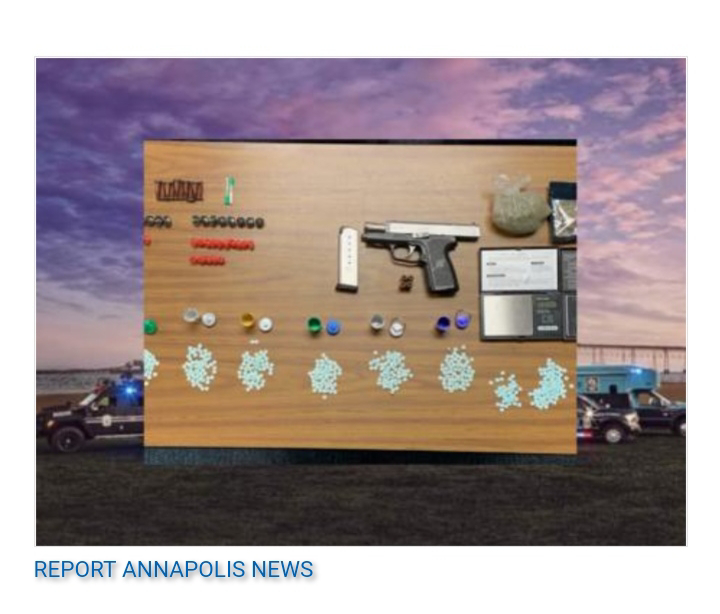 Anne Arundel County Police made an arrest after seizing a loaded handgun, drugs and cash during a traffic stop in Odenton.
On May 17, 2021 at approximately 1:15 a.m., officers conducted a traffic stop on a gray 2007 GMC Yukon in the area of Annapolis Road and Telegraph road. The officers made contact with the driver of the Yukon and observed a bag of suspected heroin in plain view.
The driver was placed in custody and a subsequent search of his vehicle revealed a loaded Kahr .40 cal. handgun, 600 pills of suspected Oxycodone, 52.4 grams of suspected marijuana, 4.14 grams of suspected cocaine, 64.2 grams of suspected heroin, $775 in U.S. currency and other paraphernalia consistent with the packaging and sale of CDS.
The driver was found to be prohibited from possessing a firearm due to prior convictions. He was arrested, charged and identified as:
Walter Alexander Hicks Jr.
DOB: 5/12/91
100 block of Liason Court
Odenton, Maryland