Woman Hit by Car, Killed After Collapsing Face-Down Onto Street in Millersville 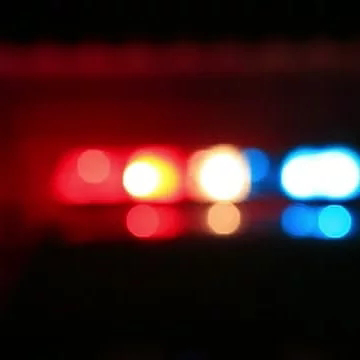 Police have yet to identify the 49 year old woman who was killed after collapsing onto a street in Millersville and later struck by a vehicle.
On August 15, 2021, at approximately 9:40 pm, officers responded to the McDonald's restaurant located at 680 Old Mill Road for a crash involving a pedestrian. The pedestrian was observed collapsing in the McDonald's parking lot near Old Mill Road. A Lexus sedan made a right turn to exit the parking lot after leaving the drive-thru. The Lexus struck the pedestrian who was still lying face down in the parking lot. The pedestrian was dragged a short distance before the Lexus stopped.
The pedestrian was pronounced dead at the scene by Anne Arundel County Fire Department paramedics. The pedestrian was transported to the Office of the Chief Medical Examiner in Baltimore for an autopsy. The driver of the Lexus was not injured.
Preliminarily, pedestrian error is believed to be the primary cause of this crash. The crash is currently under investigation by the Traffic Safety Section.