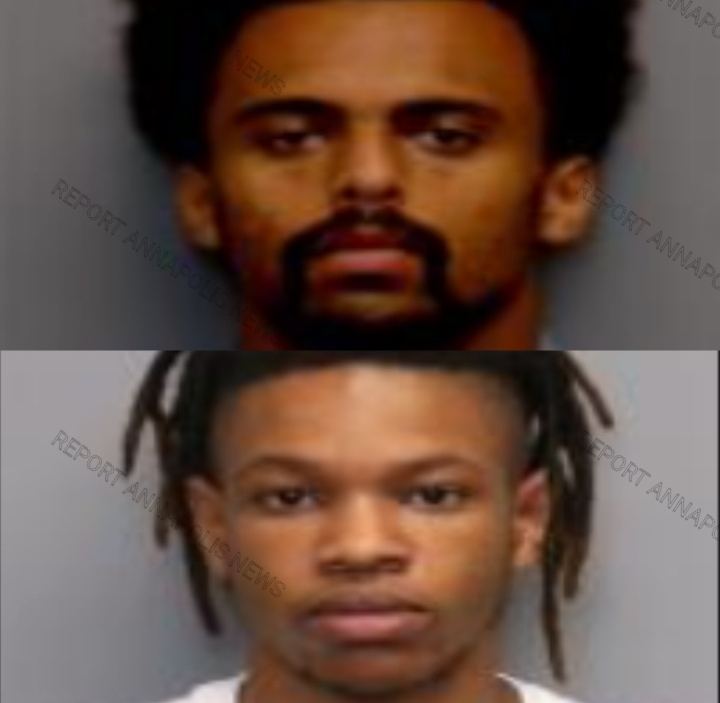 The Anne Arundel County Police Department has made multiple arrests following an investigation into a recent shots fired incident in Annapolis.
On July 25, 2021, at approximately 6:33 a.m., officers were dispatched to the 500 block of Bellerive Road in for a destruction to auto report. Officers met with the victim who reported two bullet holes in the rear of her Toyota SUV. Upon further investigation, officers located several shell casings and a second vehicle with the rear window shot twice.
Investigators located 13 shell casings in the first row of the parking lot along with two unspent rounds of ammunition. Five shell casings were also found in the far corner of the parking lot.
A fourth vehicle, a Honda, was located with bullet damage and two shell casings at the rear bumper. A second scene was located where a stray bullet penetrated the third-floor window of a residence in the 600 block of Baystone Court. One spent round was located.
A preliminary investigation led to the execution of a search warrant at a residence at which time a person of interest was identified and two 9mm handguns and suspected marijuana were seized.
Following the execution of the search warrant on July 25, 2021 at a residence in the 500 block of Bellerive Road, detectives arrested 22 year old Brandon Charles Louis Downs of Annapolis (top photo), charging him with weapons violations.
Additionally, through investigation, two persons of interest were identified and, on July 30, 2021, detectives served arrest warrants charging 22 year old Keyori Tyqueze Medley of Annapolis (bottom photo) and 22 year old Christopher Dwight Watts (not pictured), also of Annapolis, with weapons violations.