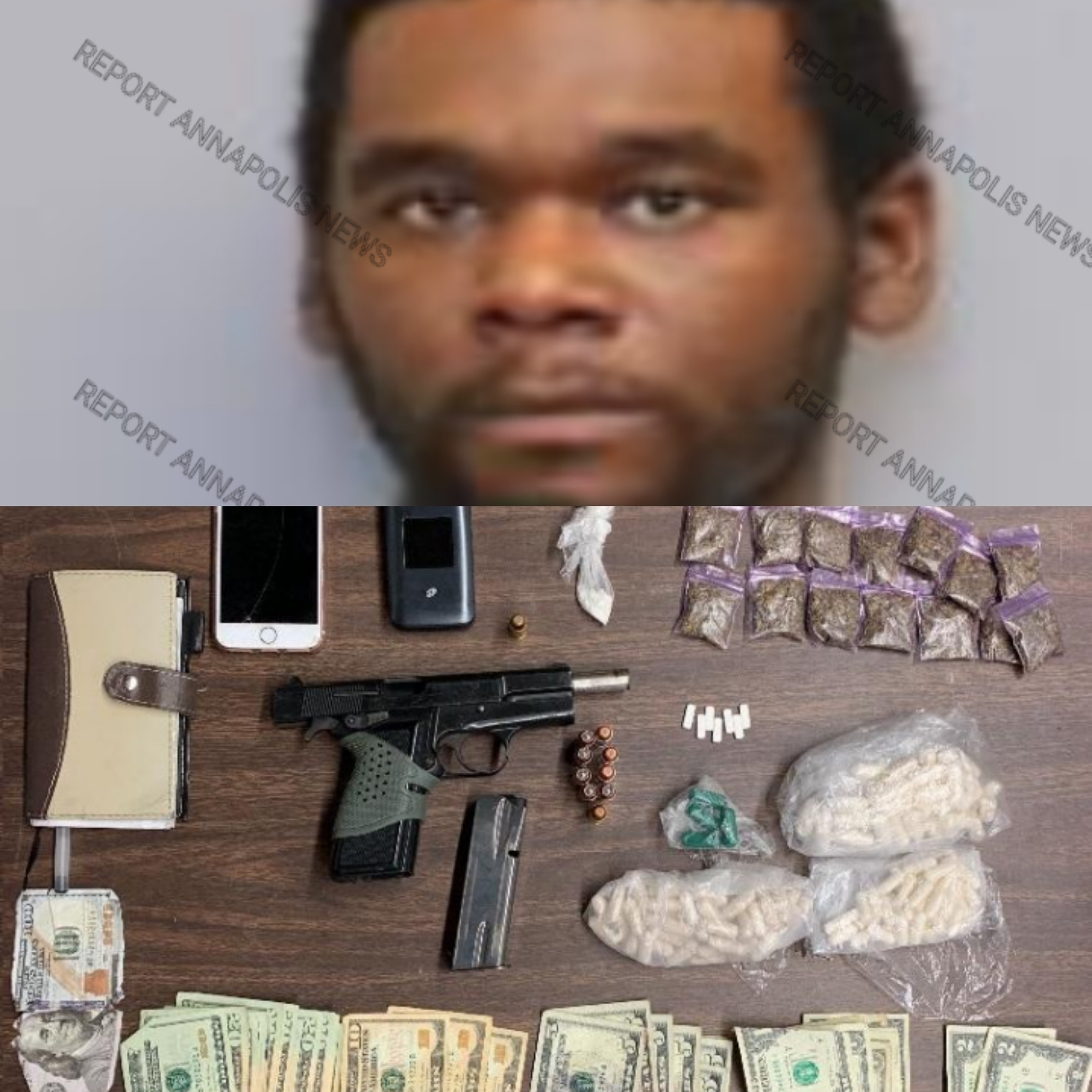 A man from Glen Burnie with several oustanding warrants was arrested in Brooklyn Park on gun and drug possession related charges.
On August 24, 2021, at approximately 2:45 p.m., an officer conducted a traffic stop on a blue 2003 Jeep at Stanley Terrace and Kramme Avenue. 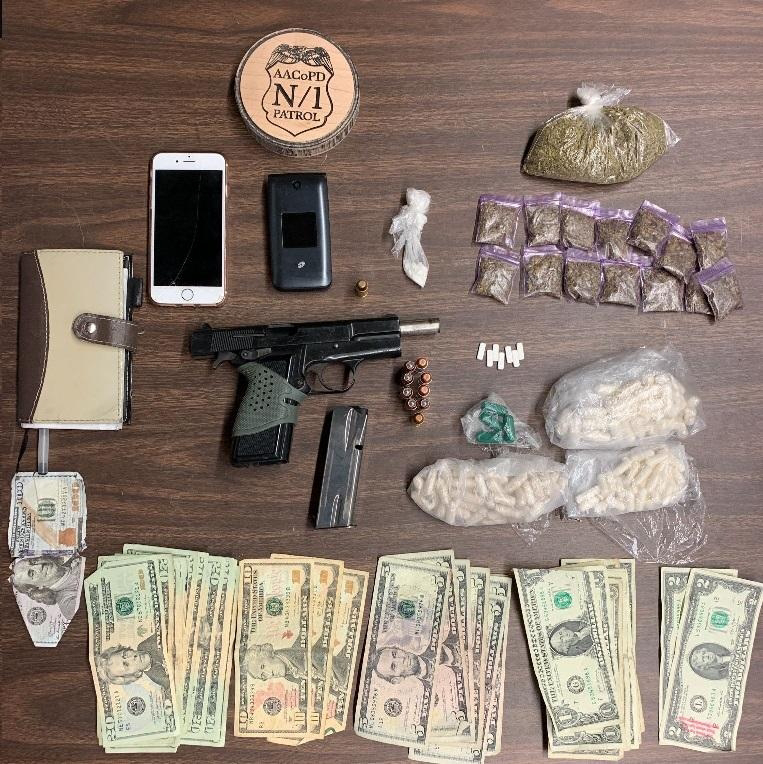 Upon speaking with the driver, the officer received information that led to a search of the vehicle resulting in the seizure of a .40 caliber handgun loaded with 10 rounds of ammunition, 123 capsules of suspected heroin (56.2 grams), 2.2 grams of suspected crack cocaine, seven Xanax bars, 15 bags of marijuana (42.14 grams) and $539.00 U.S. currency.
The driver, who had four outstanding arrest warrants and was prohibited from possessing a firearm, was arrested, charged and identified as:
Kevin Lionel Baldwin, Jr.
29-year-old
1200 block of Branch Avenue
Glen Burnie, Maryland