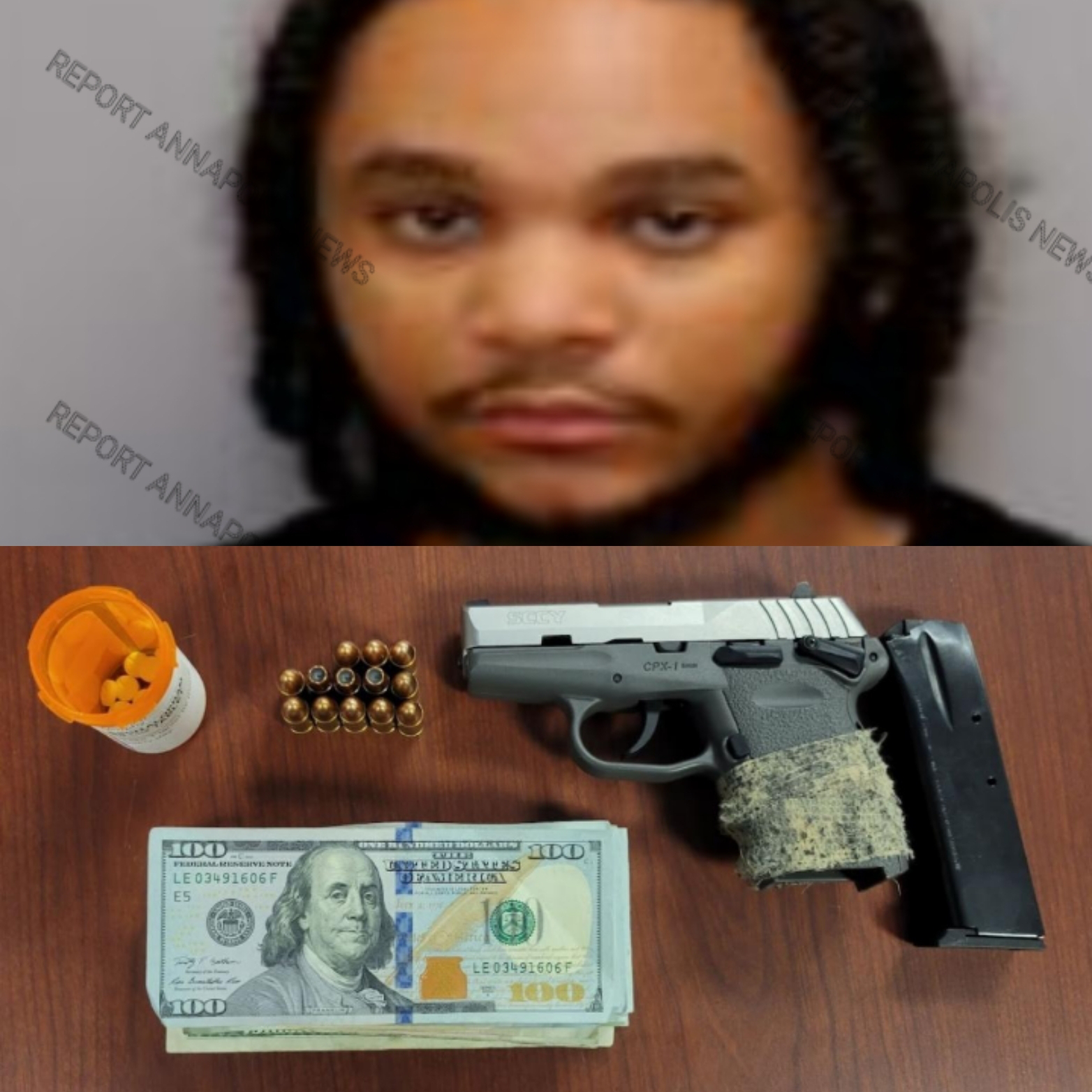 A 22 year old man was arrested on gun and drug charges after he was pulled over while driving in Laurel.
On August 21, 2021, at approximately 12:05 p.m., an officer conducted a traffic stop of a gray Chevrolet Malibu at Crumpton South and Rhodesdale South in Laurel. Upon approaching the vehicle, the officer received information that led to a search of the vehicle resulting in the seizure of a handgun loaded with 13 rounds of ammunition, 18 suspected oxycodone pills, and $1678.00 U.S. currency.
The driver was arrested, charged and identified as:
Stephon Anthony Murphy-Medlock
22-year-old
11600 block of S. Laurel Drive
Laurel, Maryland