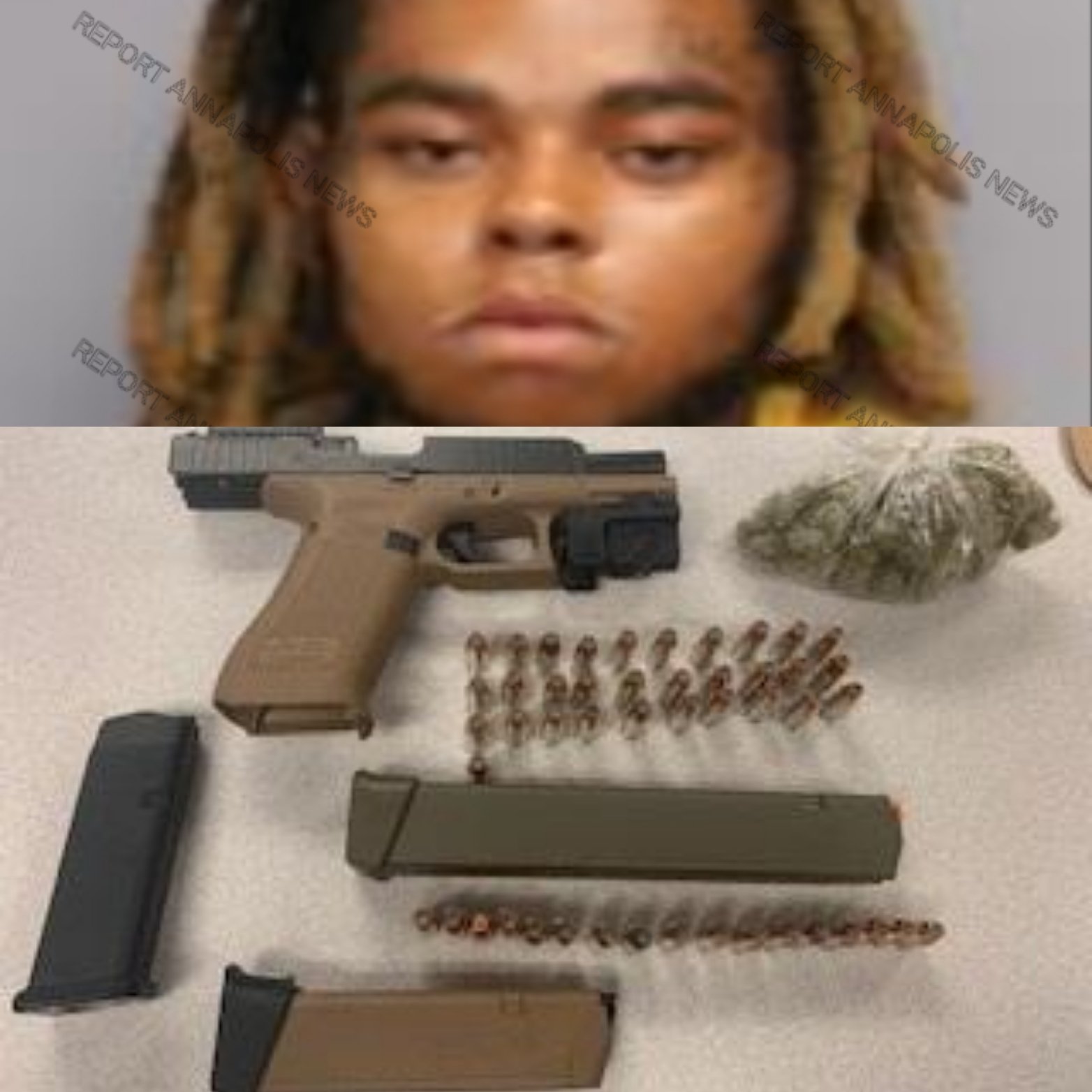 After a loaded firearm was found during a traffic stop in Hanover, Anne Arundel County Police officers arrested a man from Baltimore on a handgun charge.
On August 20, 2021, at approximately 11:50 a.m., an officer conducted a traffic stop of a gray Toyota Corolla at Parkway Drive and Standard Drive in Hanover. The officer began speaking with the driver, who handed the officer a bag containing 24.23 grams of suspected marijuana. The investigation led to a search of the vehicle resulting in the seizure of a 9mm Glock 19 handgun loaded with 30 rounds of ammunition.
The driver was arrested, charged and identified as:
Basheer Ibn-Rakim Bradshaw
24-year-old
1700 block of Gorsuch Avenue
Baltimore, Maryland