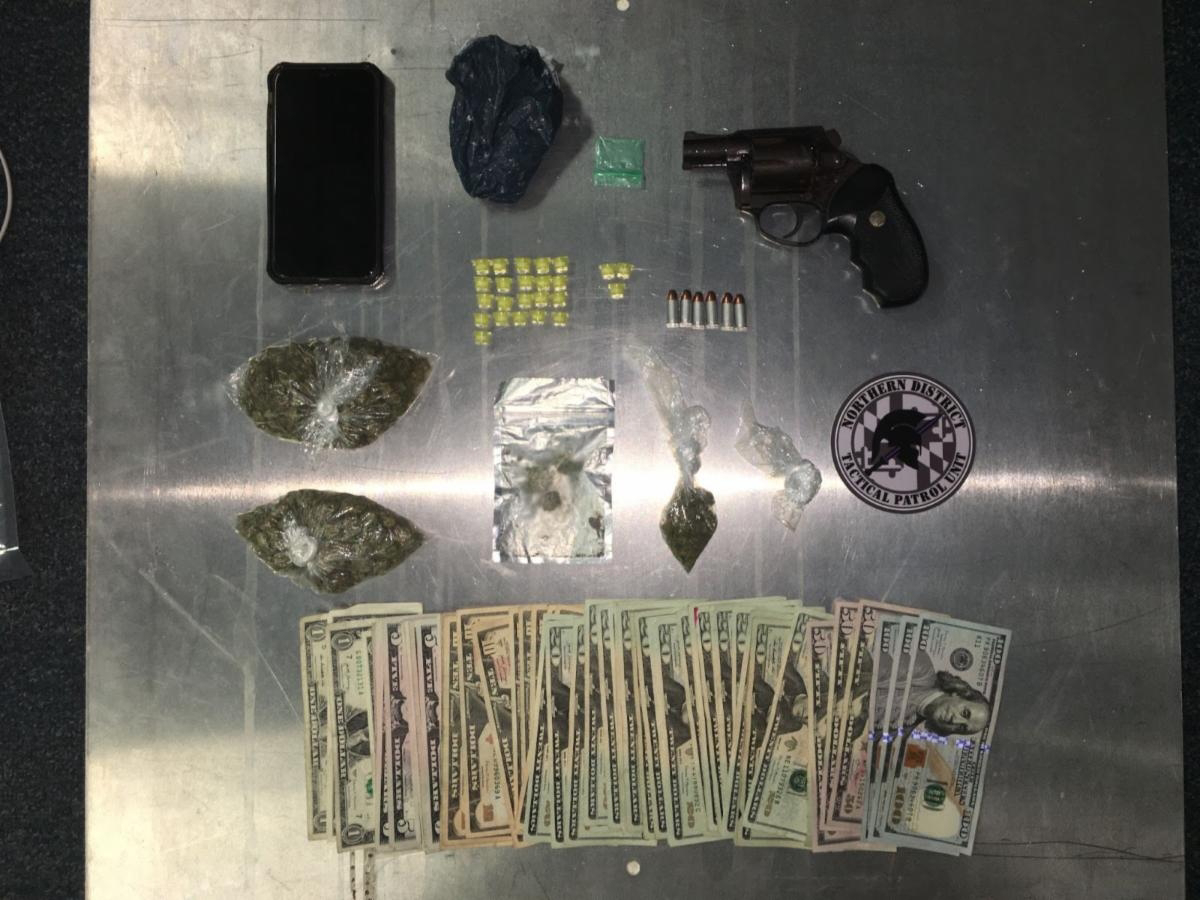 Anne Arundel County Police arrested 3 men from Baltimore after seizing a stolen gun and drugs while on patrol in Brooklyn.
On August 4th, 2021, at approximately 7 p.m., detectives were in the area of Wasena Avenue and Dell Street on an unrelated case when they observed a drug transaction. Officers made contact with the subjects.
After a brief foot chase, the officers located a loaded .32 caliber stolen handgun on one of the suspects. Also located were over 8 grams of suspected cocaine and a total of over 60 grams of suspected marijuana. Over $1,000 in US Currency was also seized.
The 3 suspects were charged and identified as:
Suspect 1: Price, Kaleaf Rashead 24-year-old
4900 block of Crenshaw Ave Baltimore MD 21206
Suspect 2: Squirrel, Dashawn Marvin Kendale 19-year-old
Unit block of Royalty Circle Baltimore MD 21117
Suspect 3: Godbolt, Anthony Chandler 25-year-old
200 block of Doris Avenue Baltimore MD 21225