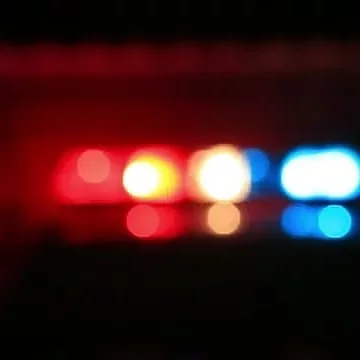 The Anne Arundel County Police Department said an elderly woman was assaulted during a home invasion in Edgewater.
On August 13, 2021, at approximately 12:25 a.m., officers responded to a 911 call for a home invasion that had just occurred at a private residence on the 300 block of Likes Road in Edgewater. The 74-year-old female victim advised that an unknown male suspect armed with a knife entered her home and confronted her while in her bedroom. While struggling with the suspect, the victim sustained a small puncture wound to her upper torso. The victim was able to get away from the suspect and call 911 for police assistance. The suspect then fled the residence in an unknown direction.
Numerous units responded to the location and immediately provided medical attention to the victim. Anne Arundel County Fire Department personnel responded and transported the victim to an area hospital with a non-life-threatening injury.
Evidence technicians and detectives responded to the scene to further the investigative efforts. A perimeter was established, and an extensive search was conducted with the assistance of the police helicopter and canine units. Additionally, officers conducted a door-to-door canvas of the surrounding neighborhood homes to speak with community members to ensure community safety and locate the suspect. Despite these efforts, the suspect was not located.
The suspect is described as an unknown-race male, approximately 5’8” with a muscular build.
This is an active and ongoing investigation. Southern District detectives are urging anyone with information to contact 410-222-1960.  Individuals wishing to remain anonymous are asked to call the Anne Arundel County Police Tip Line at 410-222-4700 or Metro Crime Stoppers 24-Hours a day toll-free at 1-866-7LOCKUP.