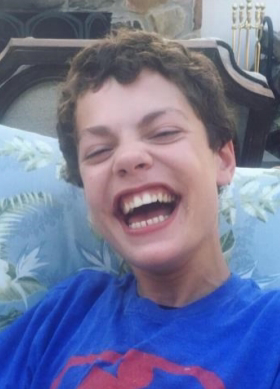 The family of Bowen Levy, a special needs student who was attending Central Special in Edgewater before he died last year after choking on a glove during the day, has filed a wrongful death lawsuit against the school principal as well as the Anne Arundel County Board of Education.
The suit, filed yesterday in the Anne Arundel County Circuit Court, names Principal Natalie Marston and the school board in a 28 page complaint, and is seeking damages in excess of $75,000.
In addition to wrongful death, Bowen's family claims negligence and breach of contract.
According to documents obtained by Report Annapolis, AACPS was aware that Bowen had been been diagnosed with autism and PICA, and subsequently agreed to provide a number of supports to him, including a 1-on-1 aide for instructional purposes focusing on function skills and student safety. "The principal and staff recognized and communicated to Bowen’s parents an obligation to provide 1:1 supervision,  but negligently failed to do so resulting in his death," lawyers for Bowen's family wrote in the complaint. "The Board of Education breached this agreement when it failed to provide Bowen with 1:1 supervision."
The lawsuit says Bowen was a loved 17 year old child with special needs. He died over one year ago, on November 10, 2019, after swallowing and choking on a rubber glove five days earlier at Central Special, an Anne Arundel County public school for special needs children. The school system knew that in addition to autism, Bowen suffered from  pica, a compulsive condition which caused him to swallow and eat non-food items. Bowen’s  pica was well known to the Anne Arundel County school system, which promised to provide him 1:1 supervision, a promise his parents relied upon.
On November 5, 2019, Bowen’s teacher left at 12:45 p.m. Student volunteers were present in the classroom instead of trained caregivers. Multiple staff members substituted, but not all reviewed the sub plans. Near the end of the school day, Bowen was able to obtain and swallow a rubber glove due to lack of supervision in the classroom. He lost oxygen for approximately ten minutes, became unconscious, and died five days later.
Bowen’s parents have repeatedly demanded answers from the school system about how
this could have happened. The school system has promised “an investigation.” No investigators have ever contacted Bowen’s parents. Apparently, no one has told Bowen’s family the status of this “investigation” or even who is performing it.
On August 24, 2020, Bowen’s dad, Bryan Levy,
wrote school superintendent George Arlotto demanding answers and asking about the
investigation. Dr. Arlotto and the Board of Education have never provided meaningful answers  concerning how Bowen’s death could have occurred under the school system’s watch. He has yet to provide any answers to Bowen’s family or others who have demanded accountability, his father said.
Bowen’s family obtained the results of the Department of Social Services investigation.
The deparment found “there is evidence of child maltreatment” and “child neglect” by the caregivers at the school. “It is the assessment of  the investigator/worker that Bowen Levy died as a result of the systemic failure at Central  Special School," the report said.  "Had the classroom been staffed with two additional staff members rather than student volunteers, Bowen may have been observed obtaining the glove and/or putting it in his mouth."
According to a source who spoke to Report Annapolis last year on the condition of anonymity,  by the time anyone realized Bowen had swallowed that glove, "it was too late...he was already choking," the source said. The source also told Report Annapolis that one of the student volunteers were related to a school administrator.  Multiple attempts to confirm the source's statements were unsuccessful. Information included in the lawsuit confirms one of the student volunteers may have been using her cell phone at the time Bowen swallowed the glove and began choking.
It is unclear whether or not the school employee involved in the incident received disciplinary action, or if any of the students were provided resources to help with coping after witnessing such a traumatic experience. In his letter to Dr. Arlotto, Bowe's father said that the school system failed Bowen and should be held accountable for his death.  "We entrusted our child to you and you failed us. You failed Bowen. We ask that you take public responsibility for these failures. And more importantly, we want to make sure this never happens to another child in the school system again."
Bob Mosier, Spokesperson for the Anne Arundel County Public School System, released a statement to Report Annapolis:
“We, and especially the staff at Central Special School, continue to grieve the loss of Bowen. As this is a matter of litigation, I cannot comment further.”

Report: Bowen Levy's death was the result of a system failure at Central Special School (September 8, 2020