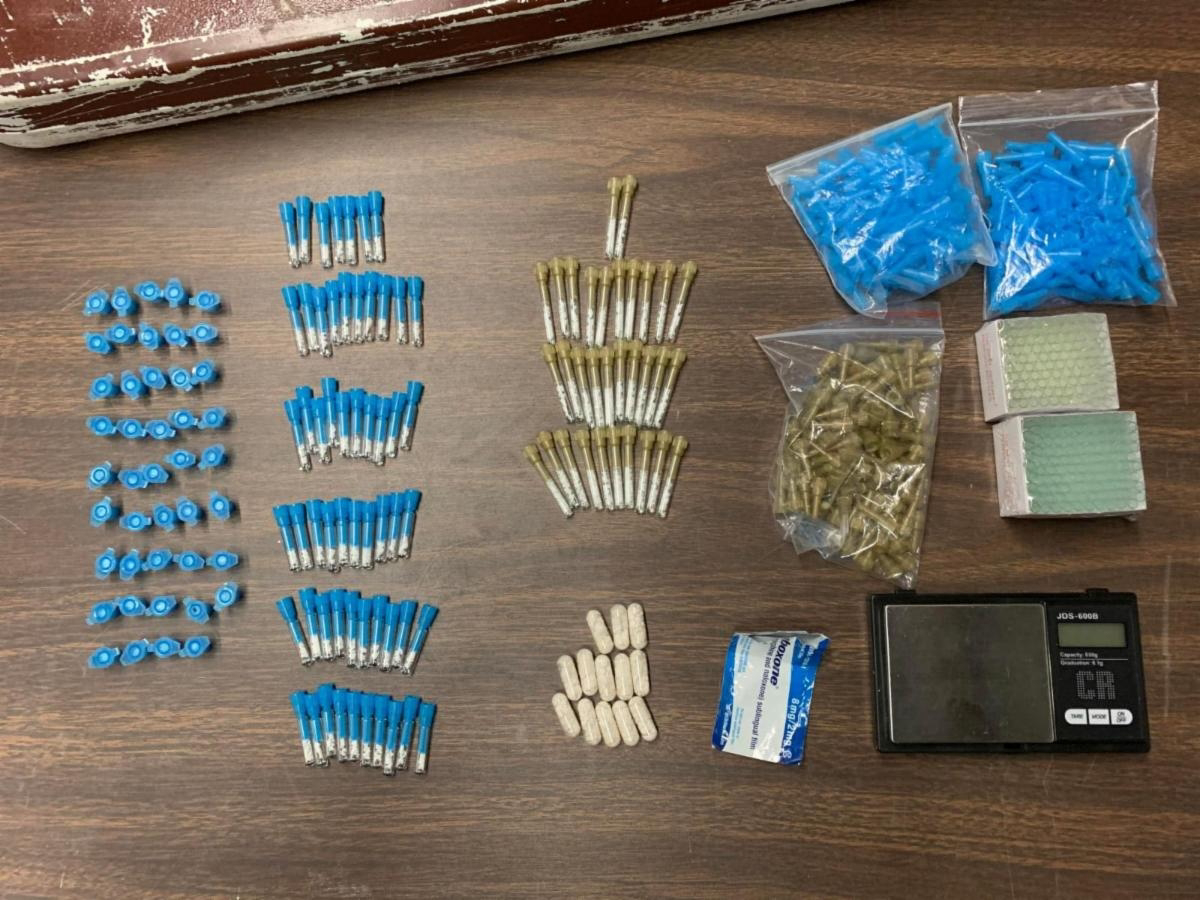 Anne Arundel County Police recovered suspected drugs and made two arrests during a traffic stop in Brooklyn Park, department officials said this week.
On January 10, 2021 at approximately 1:10 a.m., officers conducted a traffic stop of a white Chevy Impala in the area of Ritchie highway and 16th Avenue in Brooklyn Park.
Officers determined the driver was operating the vehicle on a revoked driver’s license and was taken into custody.  The passenger was arrested on an open warrant.
A search of the vehicle resulted in the recovery of  a book bag containing a digital scale with residue and packaging material indicative of CDS distribution.  A search of the driver resulted in the recovery of 89 glass vials of suspected crack cocaine, 44 plastic containers of suspected crack cocaine, 13 capsules of suspected heroin, and two pieces of Suboxone.
The driver and passenger were identified as follows:
1) Steven Lee Napper Jr.  (Driver)
DOB: 03/14/1981
1500 block of Abbotston Street
Baltimore, Maryland
2) Odell Emanuel Winkey Jr. (Passenger)
DOB: 07/17/1997
4100 block of McDowell Lane
Baltimore, Maryland