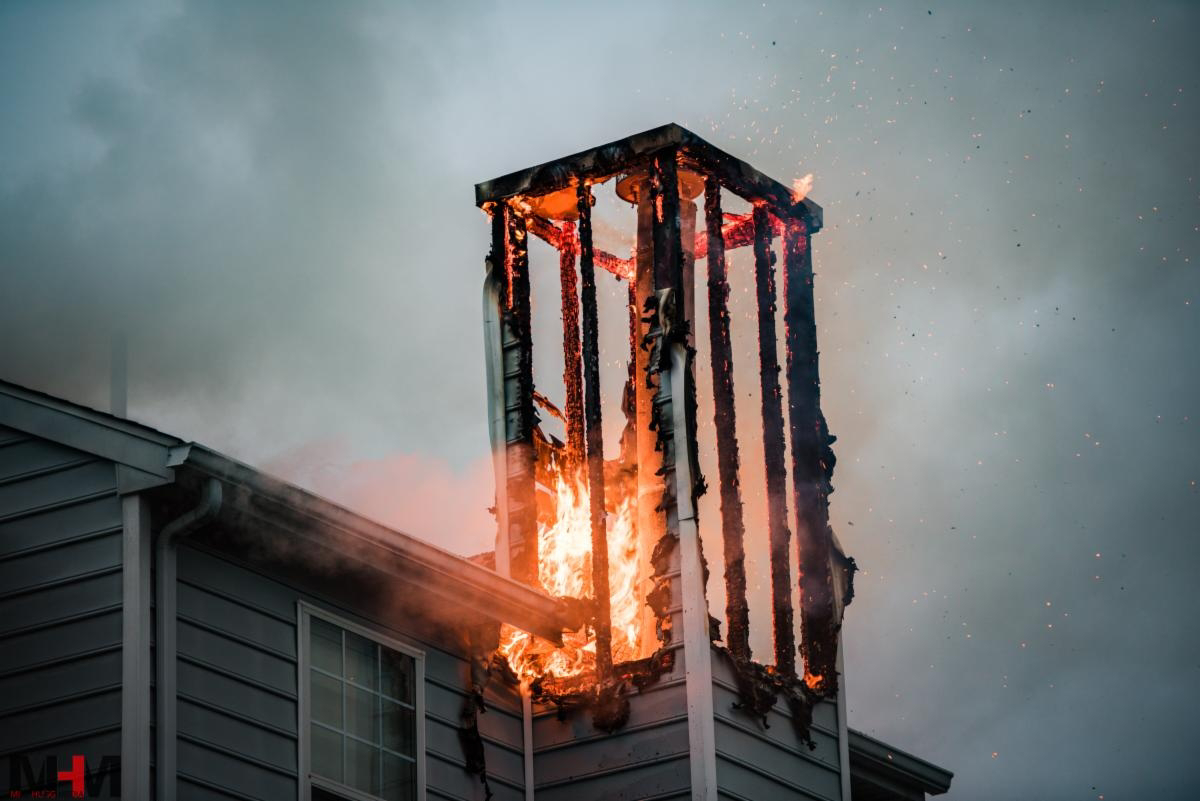 A chimney fire caused an estimated $30,000 in damages to a home in Crofton on Sunday.
Firefighters responded to multiple 911 calls reporting fire from the chimney and roof area of 2078 Pawlet Drive. First arriving firefighters reported fire evident from the roof line up at the back of the home. They brought the fire under control in about 30 minutes, containing it to the chimney as well as the attic and roof area around the chimney.
No injuries were reported by occupants or first responders.