Death of Central Special Student Bowen Levy Shall Not Be In Vain, His Father Says 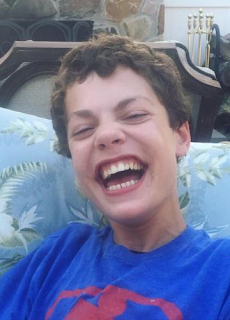 Seven months after the death of Bowen Levy, Bryan Levy, Bowen's father, remains steadfast in his commitment to honoring his late son.

On the afternoon of Tuesday, November 5, 2019, a 911 call was made from inside Central Special School in Edgewater related to one of the students choking.  The student, Bowen Joseph Levy, eventually became unconscious after choking on a glove while not being properly supervised.

Bowen was airlifted to Johns Hopkins Children's Center in Baltimore after being rushed by ambulance to a nearby hospital.  "We have been told that Bowen may have been without oxygen for at least 10 minutes,"  Mr. Levy said during an interview in December.  Bowen died at the hospital on Sunday, November 10, 2019.  He would have celebrated his 18th birthday 8 days later.

"I am talking to anyone who will listen,"  Mr. Levy said recently to Report Annapolis.  "I am trying my best to figure out how to honor my son by never letting this happen to another child," he continued. "There were not enough teachers and aides to keep the children safe."

According to a source who spoke to Report Annapolis in December on the condition of anonymity,  a high school student volunteer and a substitute teacher were assigned to the classroom on the day Bowen ingested the glove which became lodged in his airway. "By the time anyone realized Bowen had swallowed that glove, it was too late...he was already choking," the source said. The source also told Report Annapolis that the student volunteer was related to a school administrator.  Multiple attempts to confirm the source's statements were unsuccessful.

An investigation conducted by the Department of Social Services resulted in a finding of neglect, according to a document obtained by Report Annapolis.  "The child was able to ingest a glove while at school and died," the document reads.   "The Department of Social Services has concluded that it is more likely than not that someone was not providing the child with the proper care and attention."

Earlier this year, Spokesperson Bob Mosier said the school system would be conducting an investigation of its own.  "Dr. Arlotto has been clear that, to the extent that it does not violate any privacy issues, we will have comment when the investigation is complete."  Last week, Report Annapolis requested an update on the investigation from Mr. Mosier and School Board President Michelle Corkadell.  Hamilton Tyler, an attorney for the school system responded for them saying "there is no update."

The family has retained the services of veteran attorney Timothy F. Maloney of the firm Joseph, Greenwald & Laake in Greenbelt.  Maloney, a highly regarded lawyer who is known for securing multi-million dollar awards for his clients, declined to comment on whether or not he plans to file a civil action against the school system on behalf of Bowen's family.  "I have no comment right now, other than to confirm that I represent the family in this matter."

Mr. Levy has certainly found no consolation in the information provided to his family by the school system about Bowen's final moments at Central Special.  "My biggest challenge is just coming to grips with the lack of supervision that day,"  he explained.  "Their promise to keep him safe was not followed through on."
UPDATE: According to an Anne Arundel County Police spokesperson, authorities have initiated a criminal investigation into the death of Bowen Levy.