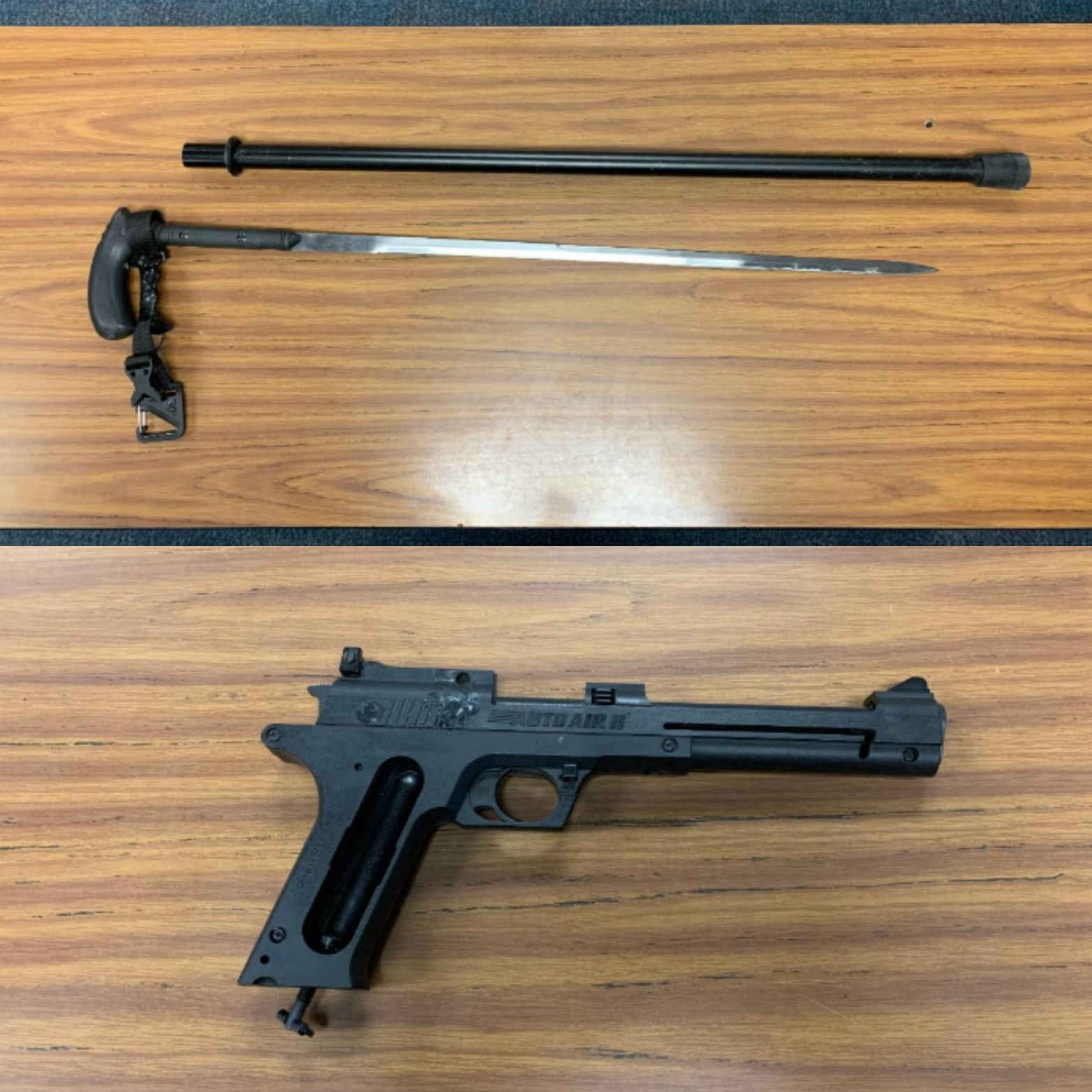 Following a road rage report made to police in Hanover, a Pasadena man was arrested and charged in connection with incident.
At approximately 11:10 a.m. yesterday, officers responded to the area of 1200 block of Dorsey road for a report of an armed subject. The adult male victim reported that while driving westbound on Route 100 at Telegraph Road, the suspect drove up beside him and threatened him with what appeared to be a black handgun. The victim then followed the suspect to the 1200 block of Dorsey road where the suspect then brandished a sword that was hidden inside his walking cane.
Officers identified and located the suspect at his residence and recovered a pellet gun and the sword from the suspect.
The suspect was arrested and charged accordingly.
Suspect:
Adam David Morad
DOB: 05/05/1972
200 block of Switchgrass Lane
Pasadena, Maryland