Two Men Arrested on Drug, Gun Charges After Fleeing From Vehicle During Stop in Pasadena 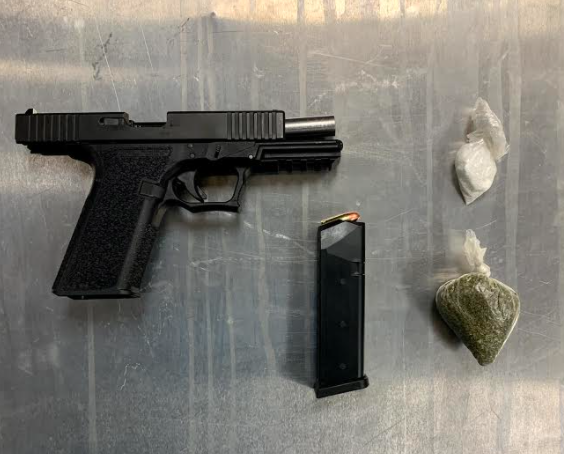 Two men were recently arrested on drug and gun charges after allegedly fleeing from their vehicle during a traffic stop in Pasadena.
On January 12, 2021 at approximately 11:18 p.m., officers were on patrol in the area of the 7900 block of Liberty Circle in Pasadena when they observed a gray Toyota Sienna van make an abrupt stop, blocking a sidewalk and the travel portion of the roadway. Several subjects exited the vehicle and began to flee. Officers were able to detain two of the subjects.
Further investigation resulted in the recovery of 10 grams of suspected cocaine from one of the subjects (Watkins). Recovered from the vehicle was 14 grams of suspected marijuana and a 9mm Polymer 80 handgun loaded with 15 rounds. Both subjects were arrested and charged accordingly.
The two arrestees were identified as the following:
1) Markell Watkins
DOB: 4/3/1999
500 block of Dogwood Drive
Glen Burnie, Maryland
2) Montrelle Musa
DOB: 10/14/1997
7900 block of Liberty Circle
Pasadena, Maryland