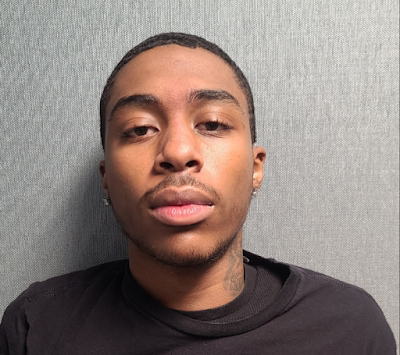 Authorities investigating the shooting of a 17 year old boy found fatally wounded near Crofton this weekend has made an arrest in connection with the case.
According to officials, a 911 call was received shortly before 4pm on Saturday related to a shooting victim being transported by a private vehicle.  First responders were able to locate the vehicle near Rutland Road and Route 50.  The victim was subsequently transported to an area hospital where he was pronounced dead from injuries consistent with being shot.
The preliminary investigation revealed the shooting occurred in the 6700 block of Laurel Bowie Road in Bowie. The victim and suspect were involved in an on-going dispute.
The suspect is identified as 18-year-old Marquet Holmes Jr. of the 1700 block of Forest Park Drive in District Heights. He’s charged with fatally shooting 17-year-old Joshua Salvador of Bowie.
Holmes is charged with first and second degree murder and additional charges. A court commissioner ordered him held without bond at the Department of Corrections.