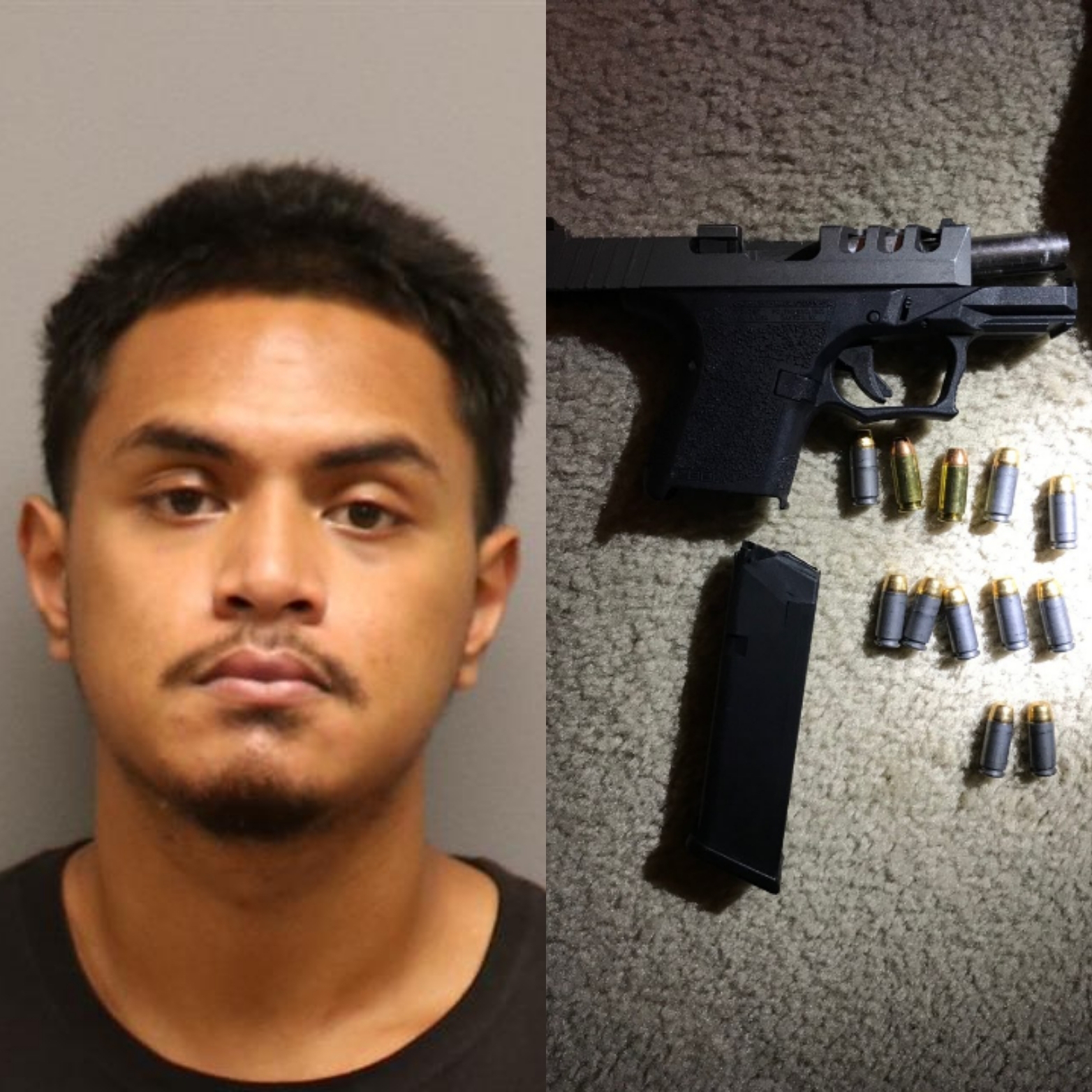 Anne Arundel County Police investigators have arrested a 21 year old Severn man in connection with a recent shooting in the area that left one man seriously injured.
On October 4, 2020 at approximately 6:50 p.m. officers responded for shots fired followed by a vehicle, a black Volvo, that had crashed into a pole in the area of Raleigh Drive and Sebring Court in Severn. Upon arrival, officers located the 21 year old victim on the ground outside his vehicle with an apparent gunshot wound. The suspect, described by witnesses as a black male and by the victim as a Hispanic male, had fled on foot in an unknown direction. Officers observed a large amount of suspected marijuana in plain view inside the Volvo, which was seized for further investigation. The victim was transported to an area hospital in stable condition.
Through investigation, detectives were able to identify a suspect, Phillip Elia Leupolu, who was located on October 7, 2020 in Kent County and charged accordingly. During the arrest, officers recovered a  loaded 80% Glock style .40 caliber handgun and ammunition.