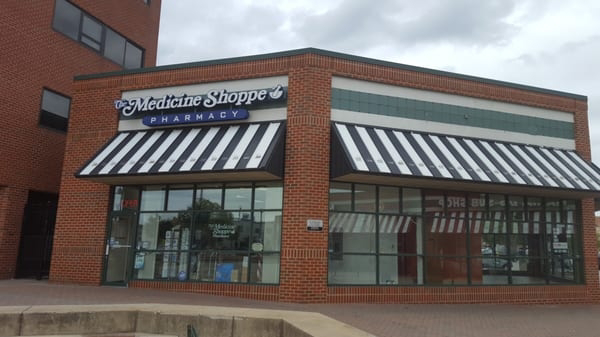 Armed men stole prescription medicine while robbing a pharmacy in Glen Burnie, county police said this morning.
Yesterday at approximately 6:20 p.m., officers responded for a robbery at the Medicine Shoppe located at 103 Crain Highway in Glen Burnie. Two unknown suspects entered the business, implied they had handguns and demanded medications from the clerk.  The suspects then removed an undetermined type and amount of medication from behind the counter and fled.  A third suspect remained outside the store as a lookout during the robbery.
All three males then fled in a white Chevrolet Impala.
Officers searched the area but were unable to locate the vehicle or suspects.  No injuries were reported as a result of this incident.
Suspects:
1) Black male, 20-30 years of age, wearing a gray hooded sweatshirt
2) Black male, 20-30 years of age, wearing a black hooded sweatshirt
3) Black male, 20-30 years of age, wearing a white hooded sweatshirt