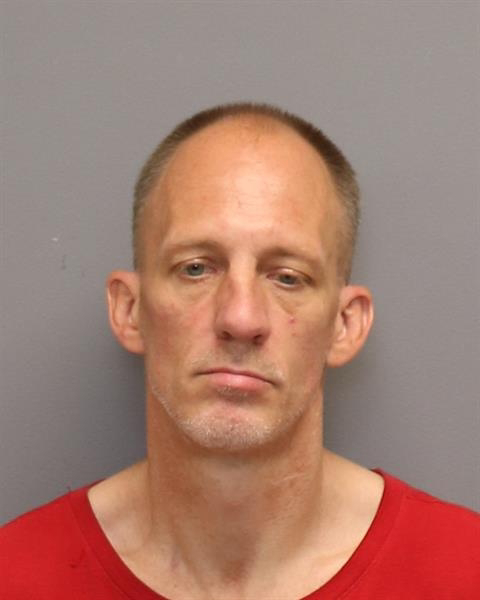 Investigating officers for the Anne Arundel County Police Department have made an arrest following a recent shooting incident in Glen Burnie.
On October 19, 2020 at approximately 10:40 p.m. Northern District officers responded to the 100 block of Warwickshire Lane in Glen Burnie for a call of shots fired. The adult female victim reported that she believed she was being followed by the suspect. When the victim parked on Warwickshire Lane, the suspect approached her vehicle and fired a handgun towards her and her vehicle. The victim was uninjured and the suspect fled the scene.
Northern District officers were able to positively identify the suspect in this case as Roger Huddleston, 43. On October 23, 2020 Northern District detectives were able to locate Huddleston inside of a house in the 4200 block of Twin Circle Way in Baltimore County. Also located inside the home was a box of .40 caliber ammunition, and a large quantity of drugs, including two large bags of Xanax and numerous baggies of suspected crack cocaine.
Huddleston was charged with attempted 1st degree murder, attempted second degree murder, and numerous firearms and assault charges. Drug charges are still pending through the Baltimore County Police Department.