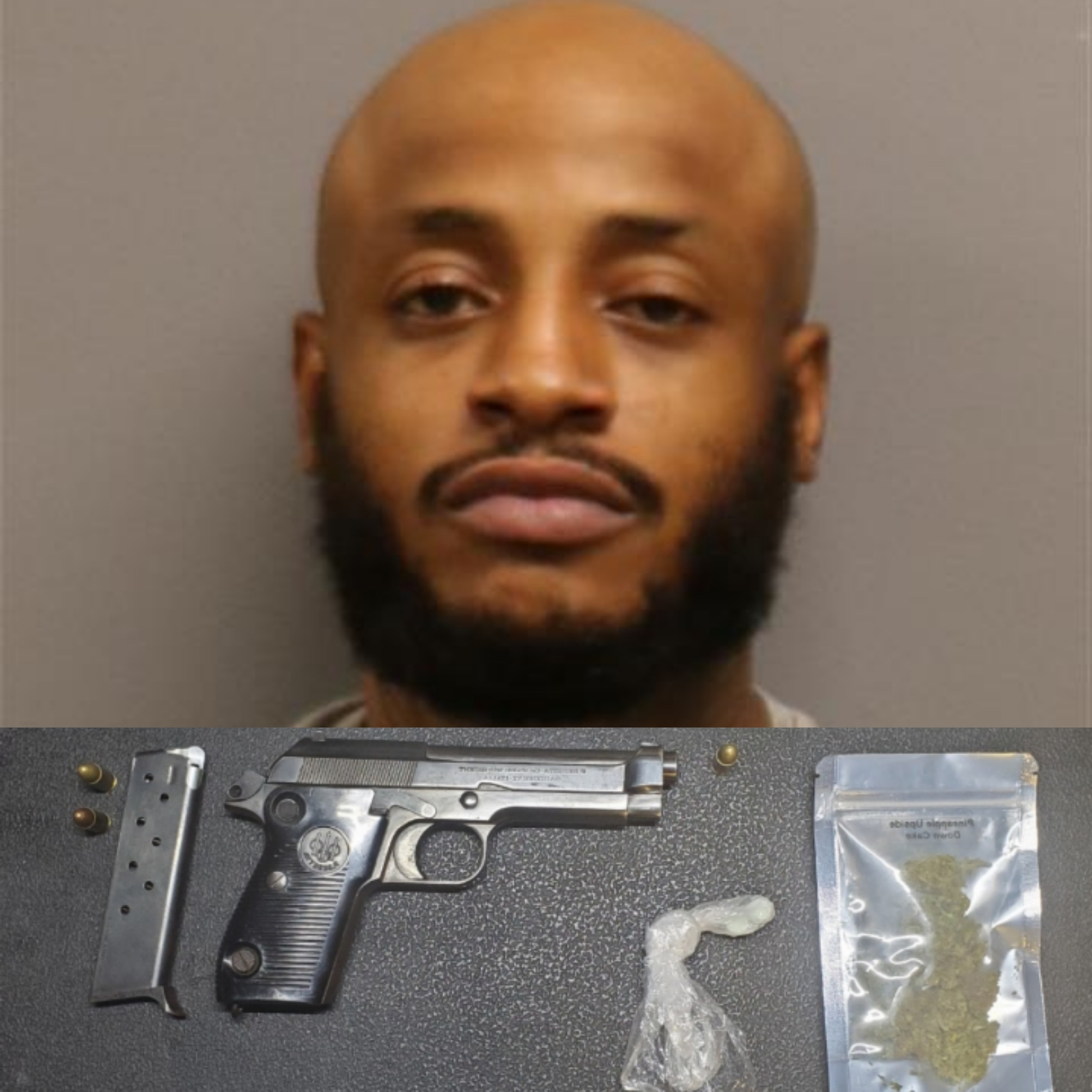 Anne Arundel County Police officers allegedly seized a loaded handgun and pills from a vehicle recently.  The driver was subsequently arrested.
On October 21, 2020 at approximately 12:40 a.m. officers were on patrol in the area of 3400 Laurel Fort Meade Road in Laurel when they observed an occupied suspicious vehicle parked at the rear of the Garden Inn. Upon approaching the vehicle, officers observed a small amount of marijuana in plain view inside the vehicle. The investigation resulted in the recovery of a loaded 9mm Beretta handgun and two pills of suspected Ecstasy.
Wayne Ellis Campbell, Jr., 31, was taken into custody and charged accordingly.