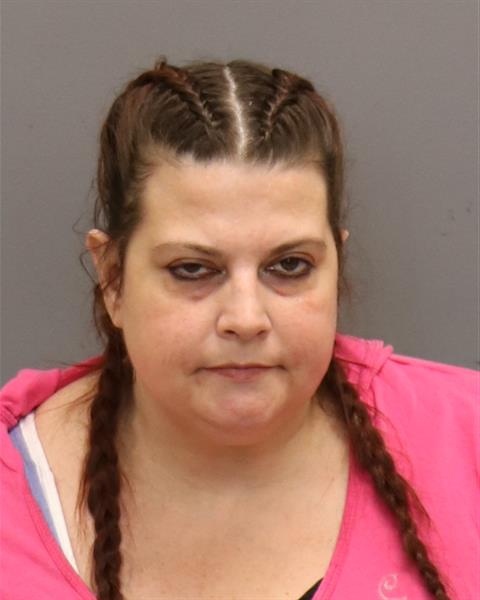 Anne Arundel County Police today announced the arrest of a Linthicum Heights woman in connection with the murder of her elderly mother.
On Tuesday, May 19, 2020, at approximately 3:47 p.m., Anne Arundel County Police responded to the 1100 block of Winterson Road, Linthicum Heights, Maryland for an assault. A person called 911 because they had been on the phone with Carol Elizabeth Windsor when they overheard a struggle between Kimberly Lynn Windsor and Carol Windsor. Upon arrival, officers spoke with Carol Windsor, a seventy-four year old female from the 1100 block of Winterson Road, who advised she had been assaulted by her daughter, Kimberly Windsor.
Carol Windsor reported to police that Kimberly Windsor threw a clock at her head, pulled her to the ground, pulled her hair, kicked her, and ran over her with a wheelchair. Officers took photographs of the room in disarray and along with Carol Windsor’s injuries. Officers noted Carol Windsor was bleeding from her right hand in which she also complained of pain and experienced difficulty in breathing. Fire Department personnel responded to the scene and transported Carol Windsor to a local hospital for treatment of her injuries.
Kimberly Windsor was present in the hotel room and positively identified by officers. When Officers attempted to arrest her she assaulted the officers and fire department personnel. Kimberly Windsor was taken into custody after a struggle where she was initially charged with three counts of Second Degree Assault.
On Sunday, May 24, 2020 at approximately 4:41 a.m., Carol Windsor succumbed to her injuries. Medical records noted Carol Windsor suffered from broken ribs coupled with chest pain and a chronic cough. She was transported to the Office of the Chief Medical Examiner where an autopsy revealed her cause of death as being cardiovascular disease complicated by the assault with the manner of death being homicide. Homicide detectives responded to the scene along with the Evidence Collection Unit where a search warrant was executed at the place of occurrence in the 1100 block of Winterson Road. Digital evidence was secured and witnesses were interviewed.
Working in conjunction with the Anne Arundel County State’s Attorney’s Office an arrest warrant was issued for Kimberly Lynn Windsor, a forty-six year old female from the 1100 block of Winterson Road. Kimberly Windsor was charged with Second Degree Murder, Manslaughter, and First Degree Assault in regards to the murder of her mother, Carol Windsor.
On Tuesday, October 27, 2020, Kimberly Windsor was extradited back to Anne Arundel County where she was formally booked in regards to the murder of her mother, Carol Windsor. She is currently being held at the Anne Arundel County Detention Center.