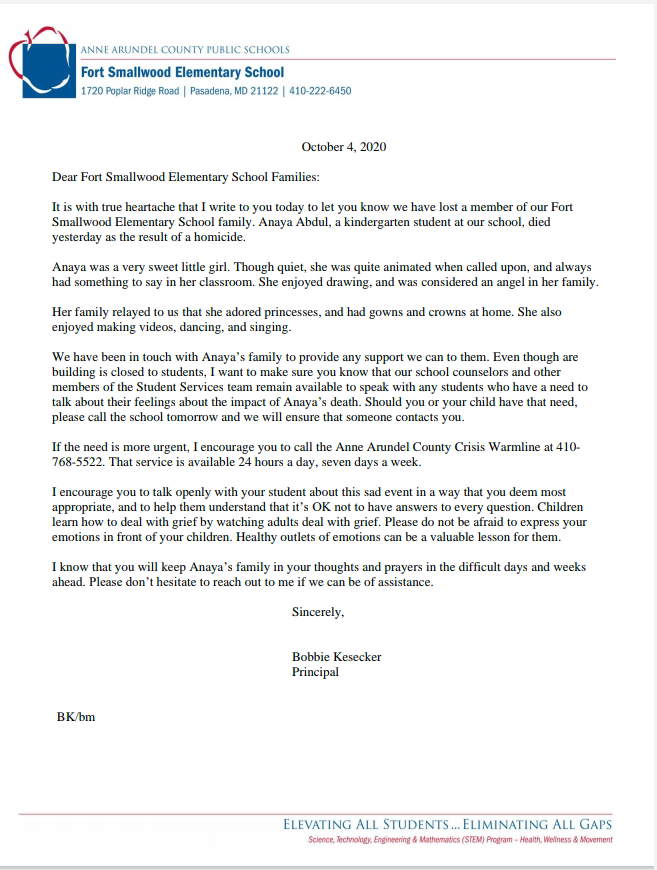 In a heartfelt letter to families, Fort Smallwood Elementary School Principal Bobbie Kesecker reflected on the loss of Anaya Abdul, the young girl killed by her 17 year old brother inside their Pasadena home this weekend.
Anaya, a kindergarten student at the school, was found dead by authorities on Saturday.  Police say an autopsy was completed and the cause of death was determined to be multiple sharp force injuries and the manner of death was ruled homicide.
"Anaya was a very sweet little girl," Principal Kesecker wrote in the letter.  "She was quite animated when called upon, and always had something to say in the classroom."
Officers responded to an Applegate North residence in the 4100 block of Apple Leaf Court and discovered the five year old child's remains.  Her 17-year-old brother, Stephen Jarrod Davis Jr., a student at Chesapeake High School, was later identified as the suspect.
As a result of the investigative evidence, homicide detectives were able to obtain an arrest warrant charging Davis as an adult with first degree murder.
With the assistance of Ohio police agencies, homicide detectives for the Anne Arundel County Police Department were able to locate Davis in the Springfield, Ohio area. Davis was arrested by Ohio authorities after a leading them on a brief car chase and is currently awaiting extradition back to Maryland. There were no additional criminal charges placed in Ohio. 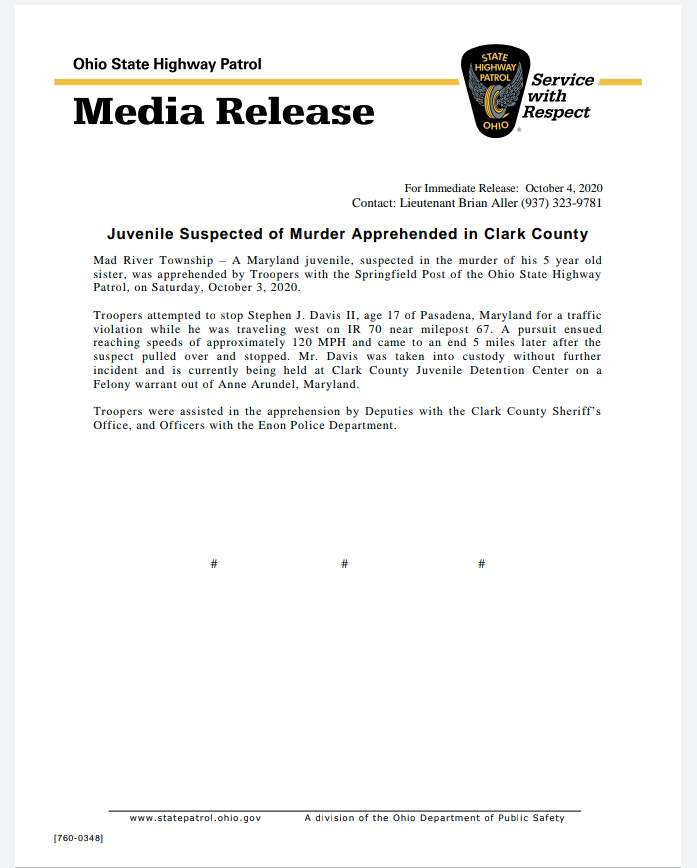