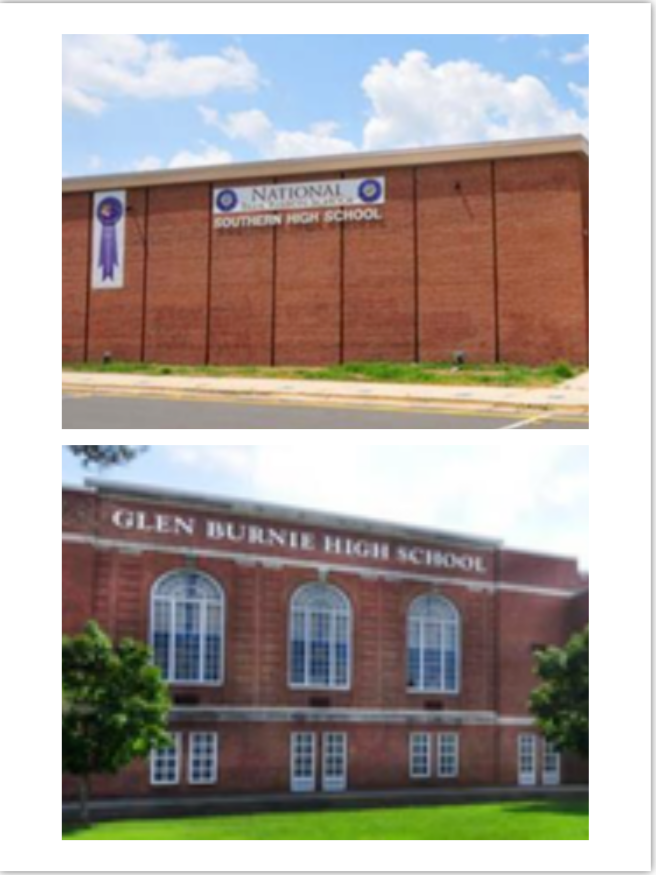 Multiple juveniles were arrested on weapons related charges recently at two Anne Arundel County high schools.
On December 9, 2021, at approximately 7:30 a.m., officers responded to Southern High School for a trespassing and weapons violation. School employees were alerted that there may have been a male juvenile on campus who did not attend the school, armed with a knife. Those employees located the juvenile and confirmed he did not attend Southern High School. The School Resource Officer was on scene and additional officers responded as a precaution.
The male juvenile was found to be in possession of pepper spray and a smoking device with suspected marijuana residue. He entered the school with a female companion who is enrolled in Southern High School and she was found to be in possession of a knife.
On December 10, 2021, at approximately 11:30 a.m., school employees and a school resource officer were standing near the cafeteria during a lunch transition at Glen Burnie High School when they observed a disturbance. They observed a juvenile highly agitated and attempting to fight another student. The administration and the SRO were able to separate the parties. Upon doing so, they realized that one of the parties did not belong in the school. That subject was detained and while being escorted to the office, he attempted to flee from officers. The subject was taken into custody almost immediately. He was found to be in possession of a knife during a search subsequent to the arrest.
Each school released letters to their respective communities following each of the incidents. 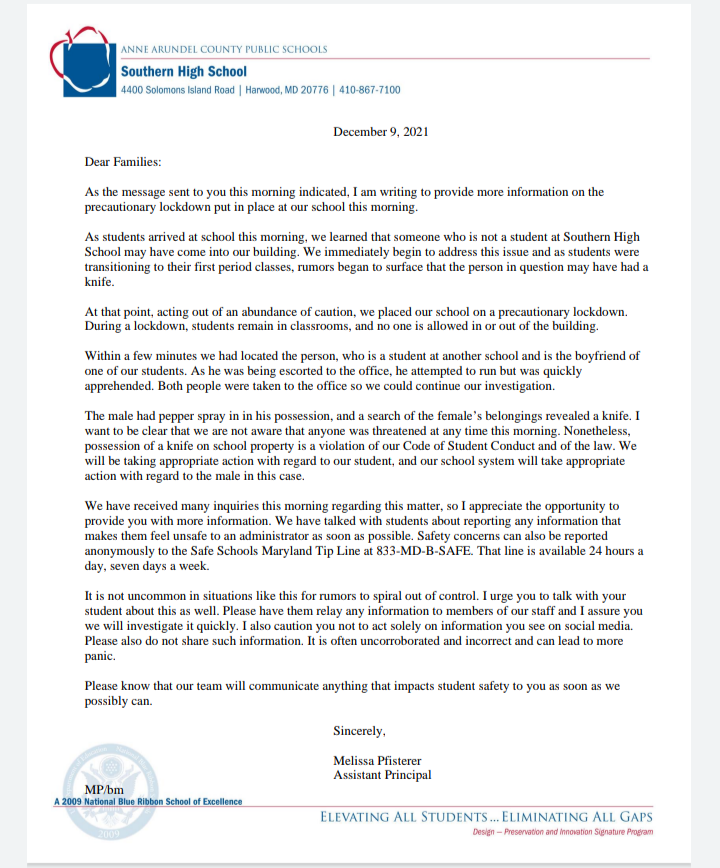 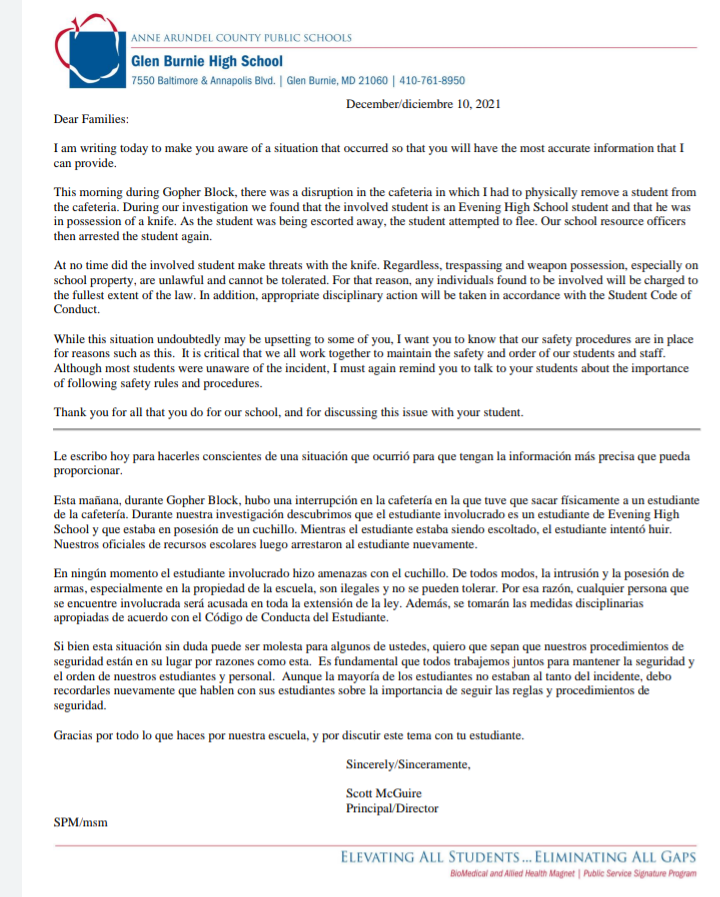